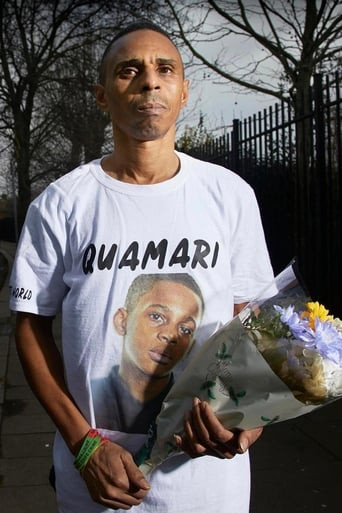 A Year Of British Murder

(2019) This powerful and original documentary meets people whose lives have been changed forever by murder, and explores what the wider picture of murder reveals about modern Britain | Released

Tag Line: This powerful and original documentary meets people whose lives have been changed forever by murder, and explores what the wider picture of murder reveals about modern Britain

Watch A Year Of British Murder

Between January 1st and 31 December 2017, 768 people died as a result of murder or manslaughter in Britain - approximately 14 people a week. This powerful and original film tells the stories of some of those cases, exploring the human cost of murder - the ordinary people whose lives are changed forever and the communities left to wrestle with the consequences. Filmed over 12 months, it follows families and friends from the immediate aftermath of the crime, through the court process, and as they try to rebuild their lives. These stories are shown alongside statistical analysis of homicide figures for Britain since the Millennium, which reveal that so far this century, the pattern of homicides has remained strikingly similar in terms of the profiles of victims and the circumstances of the killing. This urgent, unflinching and intimate film goes beyond individual incidents to ask what the patterns of murder in our time say about the state of Britain.