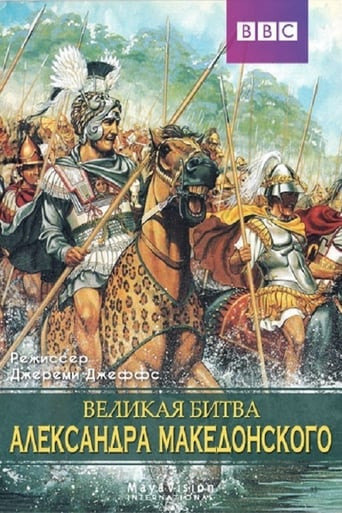 Michael Wood travels through Syria and Iraq to uncover the story of Alexander the Great's decisive battle against the might of the Persian Empire in 331 BCE. Ancient writers agreed that it was fought somewhere near the city of Irbil in northern Iraq, but the exact location has never been discovered. Using dramatic new finds in the UK - a cuneiform clay tablet in the British Museum and a papyrus dug up in Egypt - Michael sheds new light on the course of events. Then to reconstruct the campaign, he follows Alexander's route through Damascus and Aleppo to the river Euphrates in Syria and travels into Northern Iraq with the British and US military.