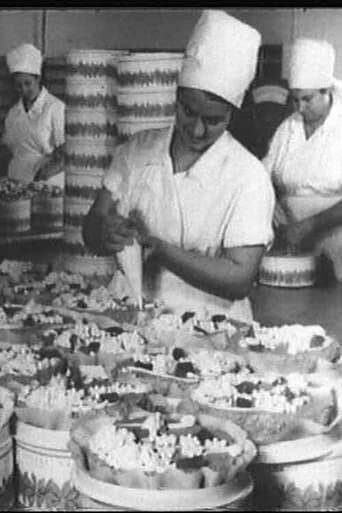 Charlie Marx and the Chocolate Factory

Charlie Marx and the Chocolate Factory started as an investigation of the link between politics and chocolate, at the Karl Marx Confectionary Factory in Kiev, Ukraine. Since access to the factory was denied, the project had to be re-considered, re-invented or re-enacted. Mostly made of archival footage and re-enacted performances based on the company's website, the film merges what was left of the initial idea with what has been collected and realized instead. It borrows from the genres of video art, 'Man on the street' interview, direct address, corporate film, essay, and music video, without legitimately belonging to any of them. The film unravels as a reflection on its own failure, and yet keeps on investigating what has always been at stake: the shift from public to private property (and from analog to digital technology), dialectics of permanence and change, language as a mirror of ideology, and post-Soviet oligarchy culture.