The film tells the story of the friendship between Johann and Ludwig as they strive for the ultimate “buddy” relationship. Going beyond, well beyond, what would be considered good and healthy, the pair attempt to become the ideal twins, driving their relationship based on their partnership in competitive rowing (coxless pairs) to the ultimate, to perfect harmony in mind, word, thought and deed. But their symbiotic relationship is thrown out of balance: Ludwig strives to tighten the bonds ever closer, but Johann discovers happiness in the form of love for Ludwig’s sister, Vera. But because Ludwig hates her, the couple keep their relationship secret. But secrets have a way of coming out and Ludwig is wounded to the core. As the finals of the rowing competition draw closer, Ludwig has already set his sights on a greater goal: to preserve their friendship forever, no longer in life but in death. 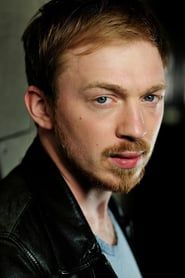