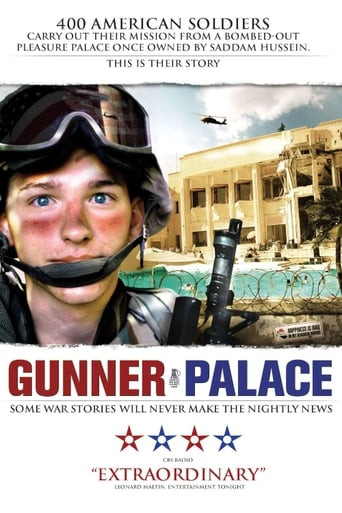 American soldiers of the 2/3 Field Artillery, a group known as the "Gunners," tell of their experiences in Baghdad during the Iraq War. Holed up in a bombed out pleasure palace built by Sadaam Hussein, the soldiers endured hostile situations some four months after President George W. Bush declared the end of major combat operations in the country.