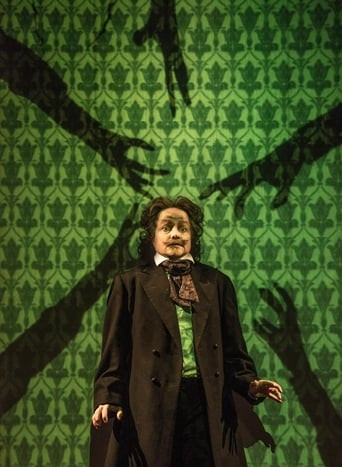 The TV-play from the set of Inferno at "Strindbergs Intima Teater", directed by Anna Pettersson and with Siri Hamari in the role of Strindberg, is a lively tale of boundless dreams and frightening fantasies. With the help of magic, music effects and film, Strindberg's portrayal of the creative crisis and the search for new forms. During Strindberg's chaotic time in France and Austria in 1894-1896, his so-called Inferno year, he performed alchemical experiments, tore his hands and suffered hallucinations. In the village where he closes in, he is called the cuckoo. In another country, a little daughter is waiting for her father. This version has been called an "age performance", performing arts that suit all ages. And the finely nuanced and detailed presentation would surely have appealed to the scientist Strindberg.