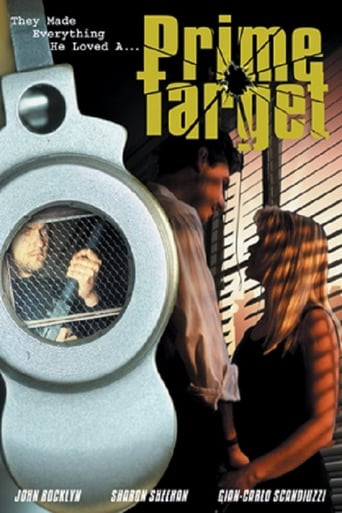 Tag Line: They Made Everything He Loved A... Prime Target.

Cop/ex-special forces officer Tony Rico crosses the mob by refusing to sell-out, even after he finds that his father is on their payroll. In a shoot-out, Tony is trapped in an exploding house that leaves him near death and comatose, with over 90 percent of his body burned. Five years later, a man wakes up in a coma ward—a man with no past, whose face has been reconstructed with plastic surgery. A scientist researching memory recovery begins to piece together the unknown man's past, and consequently, the past of Tony Rico comes to light. But the mob has not forgotten and Tony's life is still in jeopardy. When Tony's father discovers that his son is alive, he attempts to rescue him from a team of mob assassins. It is only when Tony meets up with his original doctor that a final twist in his bizarre life is revealed.