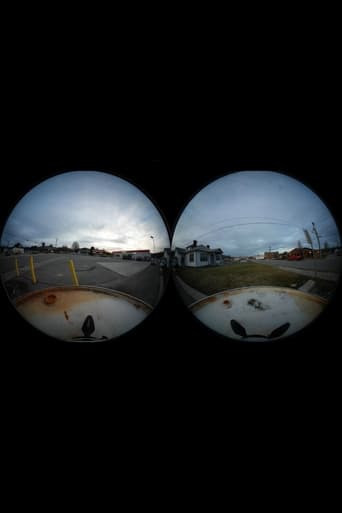 SUNDOWN is excerpted from a transdisciplinary “slow ethnography” project on race and travel in the American South. Deploying the 360 degree camera, but resisting the trend toward what Bazin called the “myth of total cinema,” SUNDOWN elects not to reconcile the dual 180 degree image streams into an illusion of continuity that, to the filmmakers, appears as artificial as the furious “Russian cutting” of Eisenstein and the early Soviets, or the “suturing” of spectators into the comforting illusions of bourgeois realism typical of classic Hollywood. Instead, SUNDOWN offers a properly alienated cross-section of an evening in New Castle, Virginia, a town described on Wikipedia as “100% white,” where not long ago travelers of color might have been urged to move on as quickly as possible.