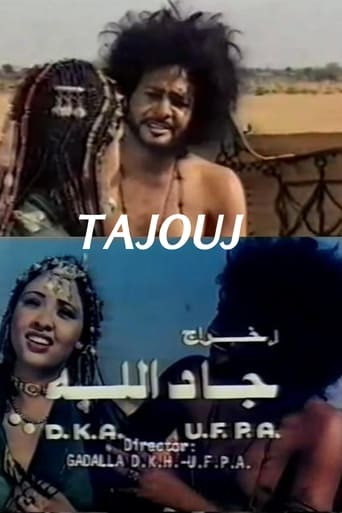 The film is set a hundred years back in the eastern part of Sudan in a place of total isolation. Tajouj is the beautiful cousin of a young tribal man who is deeply in love with her. He publicly declares his love for her in a song. The traditions of the tribe denounce such an act and as a consequence his uncle refuses his proposal of marriage. But after the young man departs and declares his repentance, the marriage is finally allowed. In the meantime, however, another man has staked his interest in Tajouj, which drives the young man to jealousy. This sets the stage for a series of transgressions which will result in tragedy and send the young man into exile as a wandering bard of the deserts.