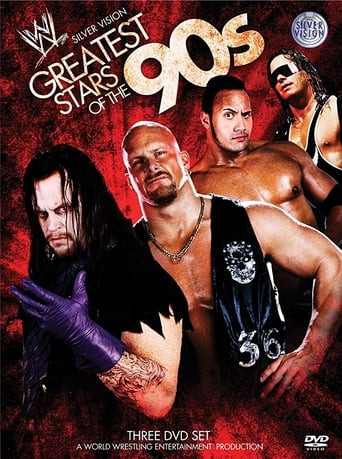 WWE: Greatest Stars Of The 90's

The 1990s may have been the most turbulent decade in the history of sports entertainment. The biggest fight of the era was not in the squared circle, but rather between rival companies WWE and WCW, and survival was at stake. Like any good match, it saw its twists and turns, particularly when WCW brought WWE to its knees, winning the Monday-night ratings battle for more than 80 consecutive weeks. While WWE eventually prevailed, the real winners of the war were fans who got to see birth and rebirth of some of the biggest stars and factions in the history of sports entertainment. "The Greatest Stars Of The 90s" profiles 15 of them. Hosted by "SmackDown" announcer and former ECW champion Tazz, the 3-disc set is packed with matches, interviews, comedy, and more.