From Wikipedia, the free encyclopedia. David John Cawdell Irving (born 24 March 1938) is an English writer specializing in the military history of World War II. He is the author of 30 books on the subject, including The Destruction of Dresden (1963), Hitler's War (1977), Uprising! (1981), Churchill's War (1987), and Goebbels: Mastermind of the Third Reich (1996). His work on Nazi Germany became controversial because of his sympathy for the Third Reich and antisemitism. He has associated with far right and neo-Nazi causes, famously during his student days seconding British Union of Fascists founder Oswald Mosley in a University College London debate on immigration. He has been described as "the most skillful preacher of Holocaust denial in the world today". Irving's reputation as an historian was widely discredited after he brought an unsuccessful libel case against the American historian Deborah Lipstadt and Penguin Books. The court found that Irving was an active Holocaust denier, antisemite, and racist, who "associates with right-wing extremists who promote neo-Nazism," and that he had "for his own ideological reasons persistently and deliberately misrepresented and manipulated historical evidence." Description above from the Wikipedia article David Irving, licensed under CC-BY-SA, full list of contributors on Wikipedia. 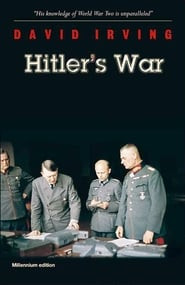