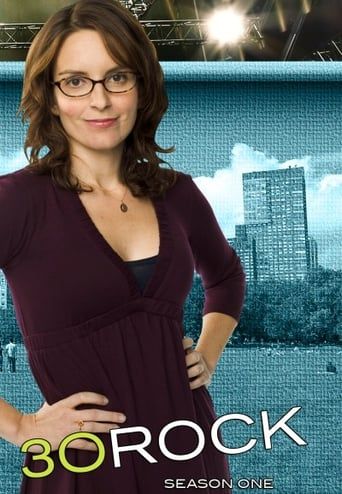 The first season of the television comedy series 30 Rock originally aired between October 11, 2006 and April 26, 2007 on NBC in the United States. The season was produced by Broadway Video, Little Stranger and NBC Universal, and the executive producers were series creator Tina Fey, Lorne Michaels, Joann Alfano, Marci Klein, and David Miner. The series focuses on TGS with Tracy Jordan, a fictional sketch comedy series, and its head writer Liz Lemon, portrayed by Fey, as she juggles her job and her personal life. The season consisted of 21 episodes; 19 episodes were approximately 22 minutes long, and the other two episodes were approximately 26 minutes long due to NBC "supersizing" those episodes. The season moved timeslots three times during its run. The first four episodes aired on Wednesdays at 8:00 pm, the next thirteen episodes aired on Thursdays at 9:30 pm, and the final four episodes aired on Thursdays at 9:00 pm. The season received generally favorable reviews, and was nominated for ten Emmy Awards: six Primetime Emmy Awards and four Creative Arts Emmy Awards. Despite critical success, the series struggled in the ratings, and the first season averaged 5.8 million viewers for all 21 episodes. The 30 Rock first season DVD box set was released on September 4, 2007 in Region 1 format, and was released on March 17, 2008 in Region 2 format. 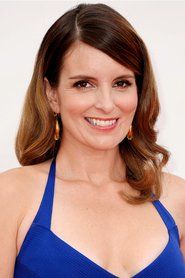 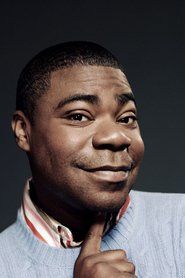 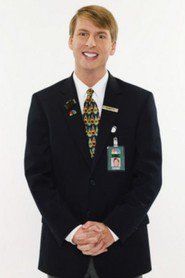 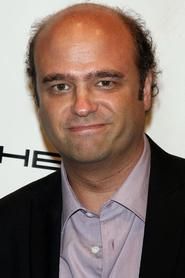 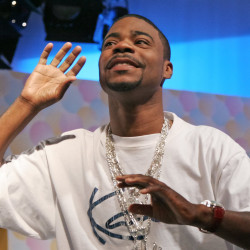 Liz Lemon is the head writer on a demanding, live TV program in New York City. However, things begin to get complicated when her new boss insists that a wild and unpredictable movie star joins the cast. 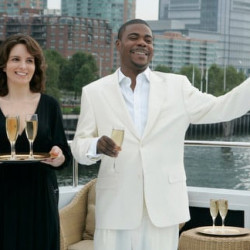 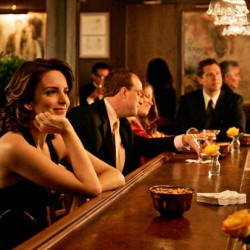 Jack sets Liz up on a blind date with his friend, Thomas. While Liz is busy preparing for the date, Jack infiltrates the writers' weekly poker game. 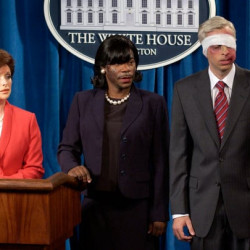 Liz struggles to keep Jack out of the writers' room and Kenneth soon learns that working for Tracy may be more than he expected. 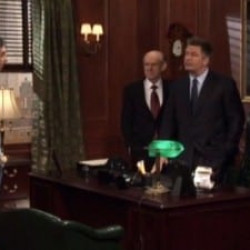 After being pressured by Jack to plug GE products into her show, Liz integrates Jack into a sketch. While Jack hones his questionable acting chops, Frank and Toofer trick Jenna into fearing for her job and Liz wonders if Tracy is faking illiteracy to skip out on rehearsals. 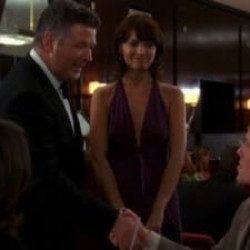 After Liz takes her ex-boyfriend, Dennis, back simply because he asks, Jack takes it upon himself to mentor her as he thinks that she is leading a life of mediocrity. Meanwhile, Tracy gets a tattoo in the face, Jenna gets botox and collagen injections, and Josh is given two black eyes by an angry Liz Taylor. 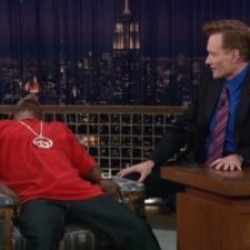 Jack bumps Jenna's scheduled appearance on 'Late Night with Conan O'Brien' by booking new star Tracy. Jenna, still irate over watching the show change to "TGS with Tracy Jordan," lashes out at Liz. To make matters worse, Tracy's gone off his medication and he's about to go on national television. 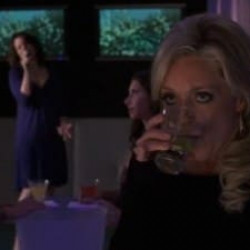 When Liz finally dumps her boyfriend Dennis, she prowls the singles scene under Jenna's tutelage. Love also stinks for Jack, as he discovers dating a Bush administration official has its downside. And Tracy and Toofer clash, which lands both in sensitivity training. 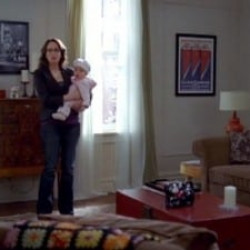 When ditzy receptionist Cerie spreads news of her engagement to a filthy rich Greek heir, Liz confronts her own marital and maternal status. Meanwhile, emotionally hardened Jack softens due to "mommy issues." 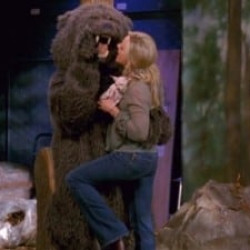 Jenna anticipates the opening of her independent movie “The Rural Juror”, but the title proves to be a mighty tongue twister for the gang. Meanwhile, cash-challenged Tracy endorses his own celebrity product in an effort to get out of debt. 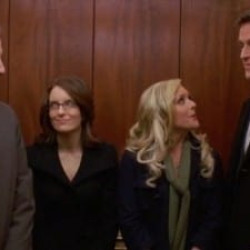 Liz and Jenna work on their dating game when they're beguiled by two very different MSNBC staffers: a brainy geek and a brawny hunk, but cerebral Liz finds it strange that she's more interested in the attractive one. Meanwhile, Kenneth and Jack switch roles. 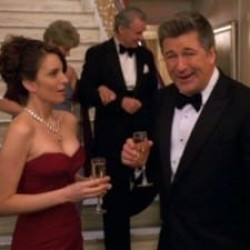 Liz wonders if she's actually on a date with Jack as she accompanies him to a birthday celebration for a foreign prince. While at the ball, Liz sees a different side to Jack as he unexpectedly runs in to his ex-wife. Back at 30 Rock, Tracy tempts Pete with a booze- and babe-filled party in the office, while Kenneth tries to keep Pete on the straight and narrow. 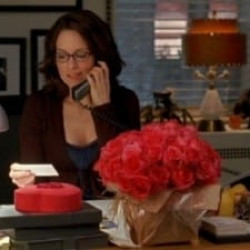 It's Valentine's Day, and the TGS crew is celebrating by pulling an all nighter to put together a new episode. While Pete completely forgets the holiday, Kenneth and Cerie may be starting an office romance. Meanwhile, Liz wonders if Dennis is back in her life after she receives flowers from a secret admirer and newly divorced Jack wants to party with Tracy, who for once wants to spend a night alone with his wife instead. 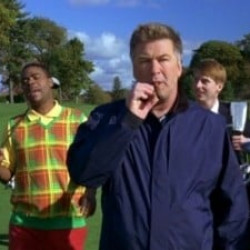 As shocked as she is to be called the c-word by Lutz, Liz is more horrified to realize he may be right. Meanwhile, Jack brings Tracy to a charity golf event to get closer to the chairman, however his plan backfires when Tracy acts too much like his uncensored self. 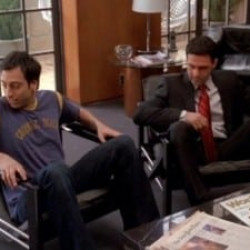 Jack sees an opportunity for budget cuts when Josh's contract is up, forcing Liz to go out of her way to motivate Josh into staying with TGS and not moving on to a rival show. Meanwhile, Kenneth earns a coveted spot in Tracy's entourage and Jenna gets in trouble over a misquote in Maxim. 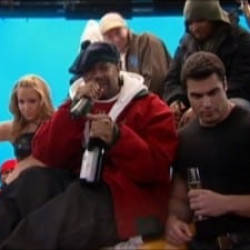 Jack forces Tracy to attend the Source Awards and Kenneth has words with a rap artist. Meanwhile, Liz goes to great lengths to prove to her African-American date that she's not racist. 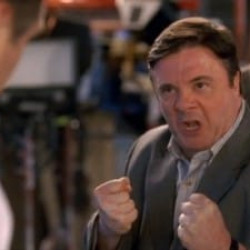 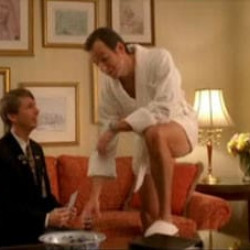 Jack and Kenneth work together when Jack discovers that another NBC executive is after his job. Meanwhile, Pete and Liz adjust to life as roommates and Tracy receives paternity papers. 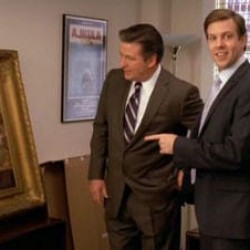 The tables have turned inside 30 Rock: Liz is actually happy in her new relationship with Floyd while Jack finds his job may be in jeopardy after his televised fireworks fiasco prompts top GE man Don Geiss to warn he's got his eye on Jack's performance. Tracy vies for Geiss' attention, hoping to turn his feature film idea for Jefferson into a reality. 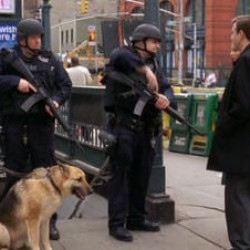 Sick of New York and frustrated with his career, Floyd contemplates a move to the Midwest and asks Liz if she's consider leaving TGS behind. Jack rushes to Paris (and soon, the altar) with Christie's auctioneer Phoebe while Tracy works furiously on financing his latest career move, dubbed the "Tracy Jordan Comeback." 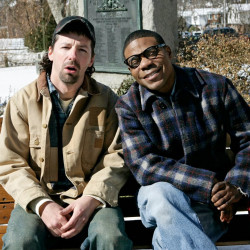 As TGS' summer hiatus approaches, Liz deals with the difficulties of her long-distance relationship with Floyd while she enlists Kenneth's help in locating on-the-lam Tracy. Meanwhile, Jack's impending marriage to Phoebe brings his mother, Colleen Donaghy to town.