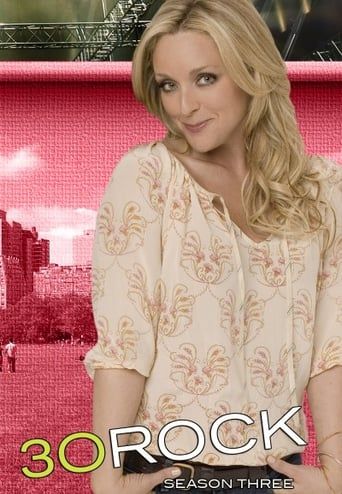 The third season of 30 Rock, an American television comedy series, consists of 22 episodes and began airing on October 30, 2008 on the NBC network in the United States. The season was produced by Broadway Video, Little Stranger, and NBC Universal; the executive producers were series creator Tina Fey, Lorne Michaels, Marci Klein, David Miner, and Robert Carlock. In this season, Liz focuses heavily on her personal life, trying to adopt a child and find a new romantic partner. Meanwhile, Jack Donaghy pursues a new relationship, Jenna Maroney undertakes a new Janis Joplin-based film project, and Tracy Jordan enjoys the success of his video game developed at the end of the previous season. The third season aired under NBC's promotional banner "Comedy Night Done Right" on Thursdays at 9:30 p.m. Eastern Time. The season was critically acclaimed and received 22 Emmy Award nominations, the most for a single show in 2009. The nominations broke 30 Rock's own record for the most nominated comedy in a single Primetime Emmy Award ceremony. The season was released on DVD as a three-disc boxed set under the title 30 Rock: Season 3 on September 22, 2009, by Universal Studios. 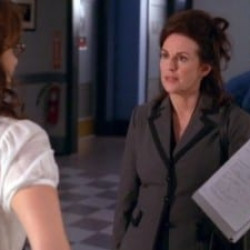 Worried that Liz's hectic lifestyle may be too much to adopt a child, Bev, the adoption agent, visits the set. Panicked, Liz tells everyone to act normal, but chaos soon ensues as a fight arises between Jenna and Tracy. Meanwhile, Jack returns to 30 Rock and vows to do whatever it takes to get his position back from Devin. 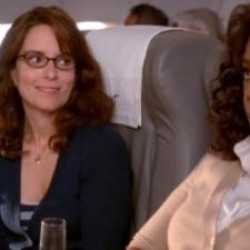 Liz heads to Chicago to get out of jury duty and on her flight back to New York she is assigned a seat next to Oprah. Liz seizes the opportunity to ask Oprah for advice with some of the problems she's been having. Back in New York, the feud continues between Tracy and Jenna, and Jack's morals are tested by Kenneth after an Olympics snafu. 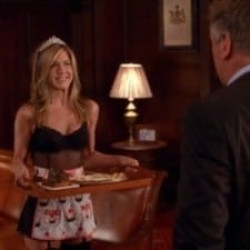 Liz and Jenna are randomly visited by Claire Harper, a free-spirited, Fatal Attraction-like stalker. Claire first targets Jack and claims him for her own. Kenneth, distressed and disappointed by the new page uniforms, looks to be cheered up by Tracy. To make Kenneth smile again, Tracy gives him a surprise which involves the cast of 'Night Court'. 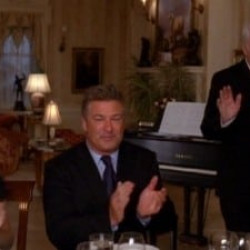 Jack and Liz make a visit to a colorful businessman named Gavin Volure, who has a confidential business proposal...and has fallen in love with Liz. Meanwhile, Tracy is afraid that his kids may have figured out an evil plot against him. 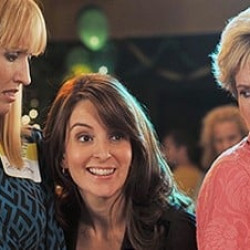 Jack manages to convince a reluctant Liz to attend her high school reunion. Meanwhile, Don Geiss awakens from his coma and shocks Jack with a declaration of who he wants to be the CEO of GE. A shaken Jack decides he needs to get away and blow off some steam, but tags along with Liz to her reunion instead due to bad weather. 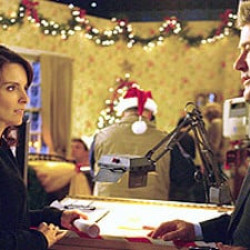 As Christmas nears, Liz's parents ditch her for a couples-only retreat, leaving her all alone for the holiday. Because of this, Liz decides to work for a charity program, "Letters to Santa." Meanwhile, Jack takes his frustration out on the staff after his dream holiday is ruined. 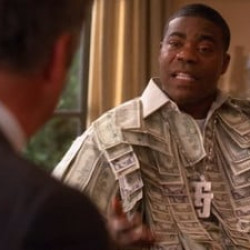 Amid a health scare that sees him growing close to his mother's nurse, Jack helps Tracy and his wife Angie develop a "post-nup" and gets Jenna an audition to play Janis Joplin. Jenna thinks Liz is only attracted to a midget because she wants a child. 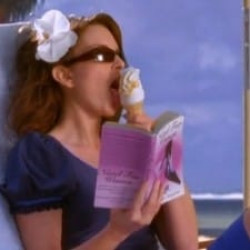 Flu is spreading amongst the "TGS" cast and crew fast, and Liz is determined not to catch it too. Dr. Spaceman is giving vaccinations, but Jack is being selective about who gets one. Liz is offered one, but refuses to accept it, championing the rights of the crew. Meanwhile, Jack must be creative if he is to spend any time with Elisa, since she is working seven days a week. 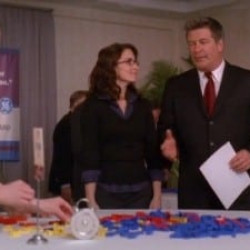 Jack nervously coaxes Liz into joining him at a corporate retreat. Meanwhile, Jenna employs method acting techniques in preparing for her role as Janis Joplin, with Frank's help. And Kenneth wants to prove to Tracy that diet impacts diabetes. 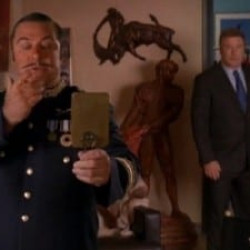 Liz tries to begin a relationship with a new tenant after accidentally receiving his mail. Meanwhile, Jack's appearance causes Elisa's grandmother to disapprove of the relationship, and Tracy has trouble maintaining the lifestyles of Wall Street frat boys. 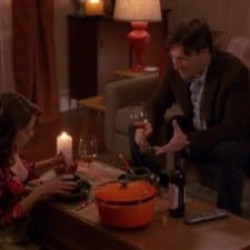 Liz insists that she and Drew have their first official date on Valentine's Day. Elisa brings Jack to church to celebrate the day, which is very different from the way he traditionally celebrates. Kenneth employs the help of Tracy to try to win the affection of a new worker. 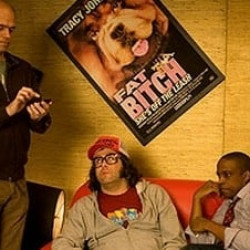 Jack wonders if his career will get in the way of taking his relationship with Elisa to the next level. Tracy does an interview with Larry King and causes mayhem throughout New York City. Liz loses her cell phone in a cab and brings Kenneth with her out to Queens to retrieve it. 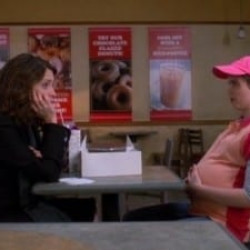 Liz befriends a pregnant teenager from a donut shop she visits in the hopes to adopt her baby. Kenneth plans a combined birthday party for Tracy and Jenna, but Jenna wants all of the attention and a party of her own. Jack agrees to go out and party with Frank to keep his mind off of his absent girlfriend and ends up bonding with him over their parental issues. 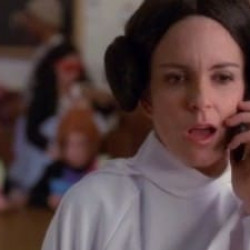 30 Rock is left in shambles by the cast and crew after Liz is called away for jury duty. Meanwhile, Jack fails to listen to everyone when he becomes obsessed with launching a new big-money product. 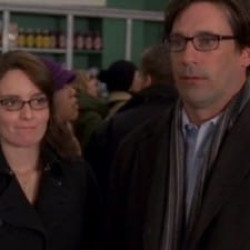 Liz gives attention to her building relationship with Drew, and discovers that he has been granted special treatment in life due to his pleasing appearance. Meanwhile, Jack goes all out to re-sign Tracy now that his contract has expired. And Jenna's latest ploy to attract attention is to change her hairstyle. 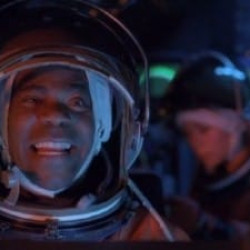 While Jack puts together the perfect 50th birthday party for himself, home videos inspire him to try to recreate his happiest moment. Dennis decides to tell Liz about his addiction. Meanwhile, Kenneth and Pete work to make Tracy's childhood dream come true. 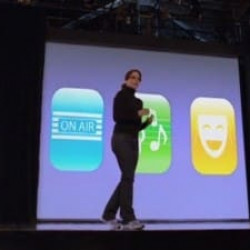 Despite the 50th episode of TGS airing, everyone is preoccupied with news of budget cuts. Jack has to dole out cutbacks while Kenneth has to take on extra duties. Meanwhile, Liz tries to save her staff and crew and Jenna and Tracy try to uncover Kenneth's secret. 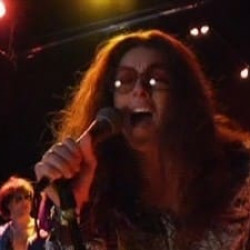 During her short-term suspension, Liz is lost without TGS and the stress that comes with her job. Jack works with Jenna so she can use her celebrity status to generate some promotional buzz for her Janis Joplin bio-film. 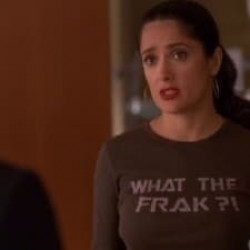 Jack goes shopping for an engagement ring, for Elisa, with Liz. Elisa tells Liz a secret, and a prank results in an injury back at TGS. 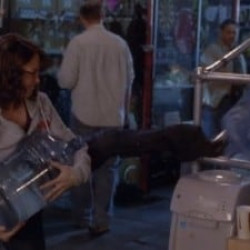 When Liz reprimands Tracy in front of the TGS staff, Tracy asks Liz to stop giving him preferential treatment. Liz agrees, but Tracy thinks that Liz should give up some of her privileges also. Jack remembers some unpleasant memories of his father after his mother, Colleen, visits. Jenna adopts a pet gibbon. 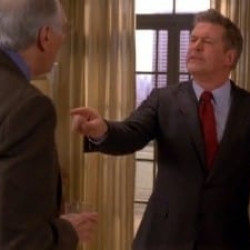 Liz and Tracy encourage Jack to search for his real father. Tracy meets his new found illegitimate son, but Liz and Pete question the son's intentions. Jenna takes the credit for one of Liz's ideas. 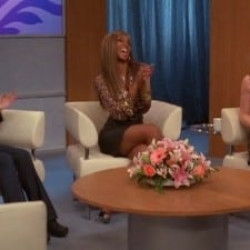 Jack's biological father's health hangs in the balance as the pair start to build a relationship. Liz draws some attention as a relationship expert, despite her own many failed relationships, after an appearance on a talk show. Tracy is invited to speak at his old high school and Kenneth helps him overcome some embarrassing memories from those years.