8:15 from Manchester was a Saturday morning children's magazine show broadcast on BBC1 when Going Live! was in summer recess. Broadcasting from Manchester, it was presented by Ross King and Charlotte Hindle. The first edition was broadcast on 21 April 1990. It was produced by Martyn Day. BBC Radio 1 weathergirl Dianne Oxberry joined for the second series, which began on 28 April 1991. The format was very similar to Going Live!, with imported cartoons punctuating items, such as games, music performances and interviews. A regular segment was The Wetter The Better, a game show based in a swimming pool and hosted by Ross King. A weekly drama was shown, in which the short episode ended in a dilemma of some sort. Two endings had been filmed and viewers telephoned to vote which ending would be shown. It also incorporated a repeat run of Rentaghost, though all the pre-1980 episodes were omitted and the end-credits rarely seen. Later, episodes of Grandad, starring Clive Dunn, were also shown. The theme tune was by Inspiral Carpets: a rewrite of their single "Find Out Why". An early edition had a feature of how the theme was recorded. 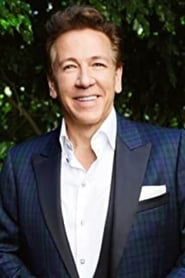