Fortune: Million Pound Giveaway was a British television show hosted by Richard Madeley which first aired on ITV on Tuesday 2 January 2007. Over seven weeks, various members of the public appeared, several per show, and appealed before a panel of judges for money to fulfil ambitions or dreams. The show was made by Fever Media for ITV. The panel consisted of five high-profile members, four of whom are multi-millionaires: ⁕Jeffrey Archer - best selling author, convicted criminal, former Member of Parliament and former Deputy Chairman of the Conservative Party. ⁕Duncan Bannatyne - entrepreneur, panel member of BBC Two's Dragons' Den and owner of Bannatyne's Health and Fitness clubs ⁕Jacqueline Gold - Managing Director of Ann Summers and daughter of David Gold, the co-chairman of West Ham United F.C. ⁕Simon Jordan - mobile phone entrepreneur and the then owner of Crystal Palace F.C. ⁕Kanya King - founder of the MOBO awards. The concept is similar to that of BBC Two's Dragons' Den, also featuring Duncan Bannatyne. The programme was recorded between 10 December and 15 December 2006 at Three Mills Studios in Bow, London. Each day of this week several requests were filmed, and after recording was complete edited together to give a balanced series of seven programmes. 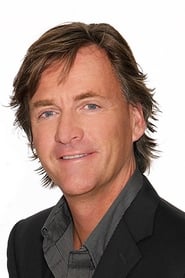