Hit Me, Baby, One More Time

Hit Me, Baby, One More Time was a 2005 television entertainment show first broadcast on the British television network ITV and later, as a new version, by NBC in the United States; both were presented by Vernon Kay. During each programme, five former pop stars sing their biggest hit along with a cover version of a contemporary hit. Each week one winner is picked from each show by a phone vote or a studio-audience vote, leading to the grand final when the overall winner can release a single featuring both songs or have $20,000 donated to a charity of their choice. The show's title comes from a line in the Britney Spears song "...Baby One More Time". The show proved to be a summer hit for NBC hitting the top spot in the ratings on its first outing. For the U.S. version, some critics argued that the show did not live up to its premise since some groups performed without their original lineup. 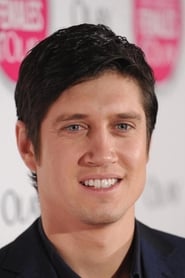