Khan! is an American television detective series. Set in San Francisco, it is named after the central character, a Chinese-American detective, played by Khigh Dheigh. Evan C. Kim and Irene Yah-Ling Sun are featured as his relatives. Four episodes were aired in February 1975 on CBS. Dheigh is better known for his portrayal of the Chinese spy Wo Fat on Hawaii Five-O from 1968 to 1980. 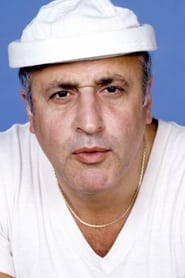