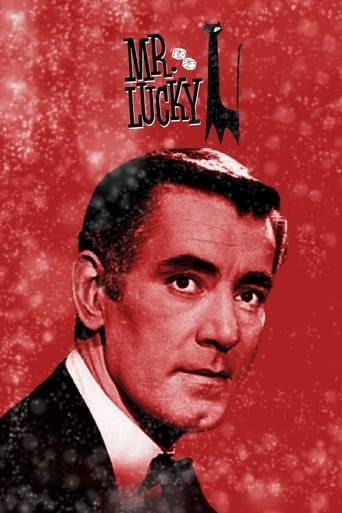 Mr. Lucky is a CBS adventure/drama television series that aired from October 24, 1959, to June 18, 1960, with repeats until September 3. Blake Edwards developed the program as a retooling of his Willie Dante character from Four Star Playhouse, where the role was played by studio boss Dick Powell. In the 1960–1961 season, Howard Duff assumed the role of Willie Dante in the NBC adventure/drama series Dante. Mr. Edwards directed and co-wrote the first episode of Mr. Lucky, and the credits of the first eighteen episodes included "Entire production supervised by Blake Edwards." Jack Arnold produced the show and directed fifteen of the thirty-four episodes. Henry Mancini's smooth theme music for the show reached Number 21 in the US singles charts. He released two successful LP's based on the show, Mr. Lucky and Mr. Lucky Goes Latin.