Pet Star was a show on Animal Planet hosted by Mario Lopez. The show is a contest between owners and their trained pets who perform tricks. The tricks are graded by three celebrity judges on a scale of one to 10. In the end, the three pets with the highest score come out as finalists, and the audience votes on who is the episode's Pet Star. Then, at the end of the season, the winners compete to be the year's ULTIMATE PET STAR. The winner of a regular show gets $2,500, while the winner of the finals gets $25,000. There were many celebrity judges, including Gena Lee Nolin, Virginia Madsen, Will Estes, Lindsay Wagner, Matt Gallant, Mackenzie Phillips, Billy West, James Avery, George Wallace, Melissa Peterman, Christopher Rich, John O'Hurley, Vanessa Lengies, Dom Irrera, Carol Leifer, Andy Kindler, Melissa Rivers, Meshach Taylor, Kaley Cuoco, Rosa Blasi, Jeff Cesario, Karri Turner, Peter Scolari, Bruce Jenner, Fred Willard, Shari Belafonte, Josh Meyers, Lori Petty, Ben Stein, Richard Jeni, Ken Howard, Paul Gilmartin, Maria Menounos, Tempestt Bledsoe, David Brenner and Amy Davidson. Pet Star is based on the show Star Search. It is shown in the United Kingdom on Challenge. 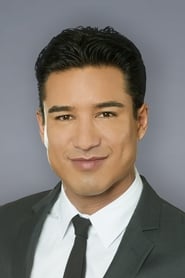