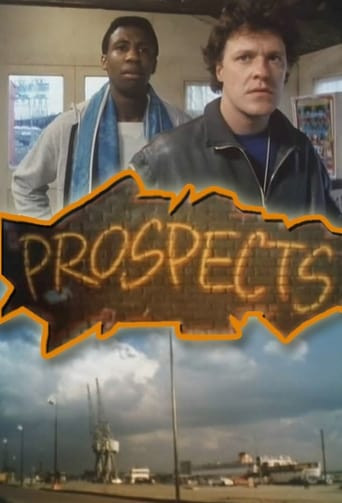 Prospects is a British television comedy drama series that was written by Alan Janes and originally shown on Channel 4 in 1986. Created by Euston Films who had a pedigree of producing successful, gritty drama such as The Sweeney and Minder, it followed the exploits of two East End 'geezer' characters - Jimmy 'Pincy' Pince played by Gary Olsen and Billy played by Brian Bovell and their trials and tribulations of making a living in London's Isle of Dogs. Comprising 12 episodes Prospects - with a comic slant, dealt with many of the major issues affecting British society at the height of the "Thatcherite" '80's including unemployment, crime, poverty, regeneration, social change and racism. Prospects gained a cult following and ratings wise it performed well above expectation for Channel 4. At that time Channel Four received a large subsidy from the rival commercial network ITV in exchange for the right to sell airtime; this gave ITV a significant input into the management of the station. The success of Prospects and the fact that it was produced by a subsidiary of the ITV network's largest station Thames Television meant it was moved to a 9pm prime-time repeat slot on ITV in the Spring/Summer of 1987. This fuelled rumours that the network wanted to develop Prospects into a long-running comedy drama series. However despite seeing potential ITV declined the opportunity to develop it beyond the original first series. 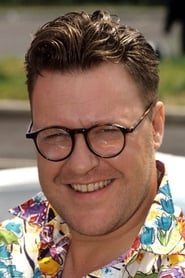