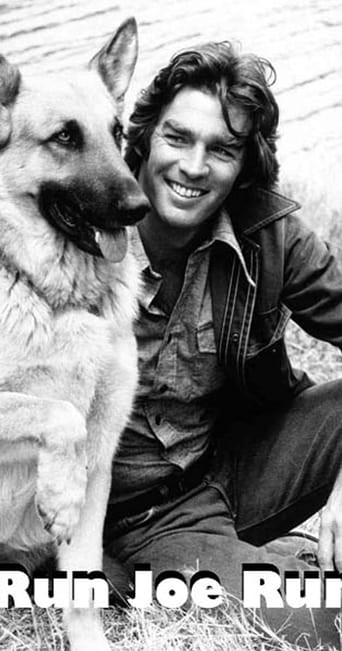 Run, Joe, Run was a Saturday morning television program that aired on NBC from 1974 to 1976. It centered around Joe, a German Shepherd in the military's K-9 Corp., and his master, Sergeant Will Corey. One day, during training, Joe was falsely accused of attacking his master, a crime for which the dog would be put to sleep as punishment. However, he escaped before being killed and a $200 bounty was put on his head. Sgt. Corey believed Joe was innocent and also pursued him, hoping to find Joe before the authorities did. While on the run, Joe helped people he encountered. During the show's second season, Sgt. Corey, having never found Joe, was called back to duty. Joe then teamed with a hiker, Josh McCoy, and continued to help others, all the while still on the run. The show was considered as a cross between Lassie and The Fugitive. Like The Fugitive, and later, The Incredible Hulk, it centered around a falsely accused person running from authorities and helping out people he meets along the way. The show was produced by William P. D'Angelo Productions, who also produced the NBC young adult drama, Westwind.