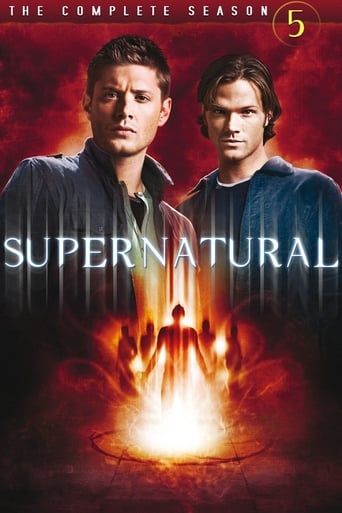 Networks: The WB , The CW

Two brothers and one fallen angel - against all the might of Satan and his army! As the Apocalypse grows closer, threatening to turn Earth into a battlefield soaked with human blood, Sam, Dean and Castiel struggle against daunting odds. New foes arise, including the Four Horsemen of the Apocalypse. Old friends depart, consumed by the fearsome wrath of Hell. Through it all, the Winchesters are targeted by demons and angels alike, who warn that each brother has a special and terrible role to play in the coming devastation. Season Five follows Sam and Dean on their most terrifying journey yet, one that may lead them to the only ally strong enough to defeat the Devil: God. 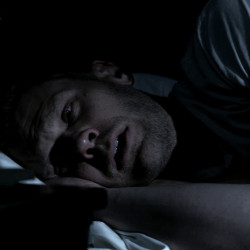 Sam, Dean, and Bobby must deal with the aftermath of the Devil's escape from Hell, and receive startling news from the Prophet Chuck. 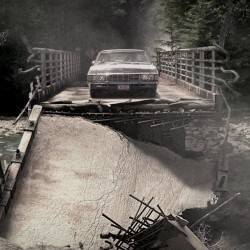 Hunter Rufus Turner calls in Bobby, Sam, and Dean to deal with a demon infestation in his town, but they soon discover the truth is much more horrifying. Meanwhile, Castiel goes to seek the only entity that can defeat Lucifer. 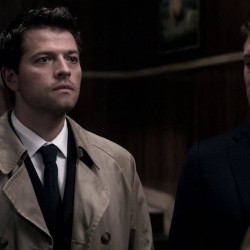 Sam decides to stop hunting but has a hard time after he receives a surprise visit. Dean and Castiel try to find the Archangel Raphael in their bid to stop the Apocalypse. 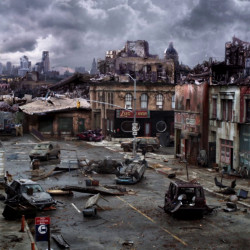 Dean refuses Sam's efforts to help him battle the Devil, and then wakes up to find himself five years in the future, in a wasteland where Lucifer has begun his endgame by unleashing a virus that transforms humans into zombies. 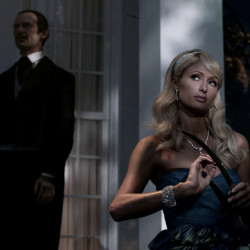 Sam and Dean head to a small town where people are murdered by famous dead icons. However the brothers come to a dead end when two teenagers reveal they saw Paris Hilton kidnap their friend. 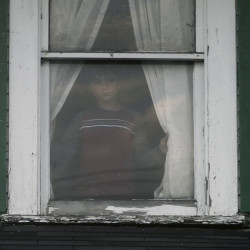 Sam and Dean investigate a series of odd murders that strangely resemble fairytales and urban legends. The brothers track down an 11-year-old boy named Jesse and realize that whatever Jesse believes is coming true. Castiel tells Sam and Dean that Jesse is a serious threat and needs to be eliminated. 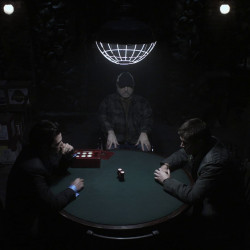 Sam and Dean discover a witch is running a high-stakes poker game where the currency is life years vs. money. Bobby sees the game as a chance to get out of the wheelchair and bets 25 years, but loses. As Bobby begins to age rapidly, Dean steps in to save him but also ends up turning into an old man, leaving Sam holding the bag for their survival. 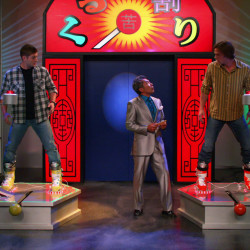 When Sam and Dean find themselves living their lives on what appear to be TV shows, it makes for a whole new style of reality television and they wonder if the Trickster is to blame. From a sitcom to a soapy hospital drama to a Japanese game show to a crime procedural, each new experience they encounter is more bizarre than the next and they want out. But is the Trickster really the mastermind behind the madness? 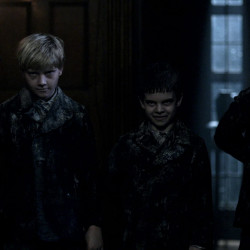 Super fan Becky uses Chuck’s phone to trick Sam and Dean into attending a Supernatural fan convention, complete with fans dressed up as Sam and Dean. One of the activities is a live action role playing game, but things quickly turn sour after a real ghost appears on the scene. 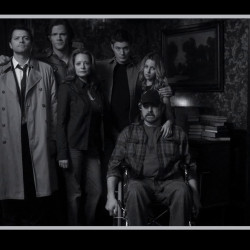 Sam, Dean and Castiel track down the Colt and head off to find Lucifer to send him back to Hell. It’s a hunters’ reunion when the crew joins forces with Bobby, Ellen and Jo for what could be their last night on Earth. 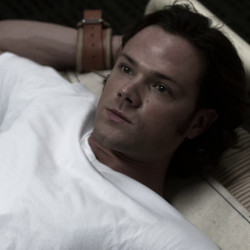 A former hunter named Martin, who is currently institutionalized, calls Sam and Dean for help investigating a case in the mental hospital. The brothers get themselves admitted as patients to check out the mysterious monster that is attacking the patients, but their incarceration pushes both to the breaking point as they unleash their inner demons against each other. 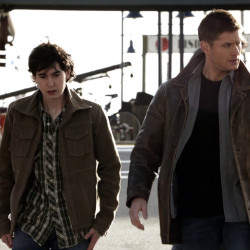 Gary, a teenage nerd, conjures up a body-switching spell and changes bodies with Sam. Thrilled by his new handsome and built body, Gary (now Sam) investigates a case with Dean and takes advantage of his good looks and age by hitting on women and getting drunk. Meanwhile, Sam is stuck in Gary's teenage body, dealing with intrusive parents and high school. 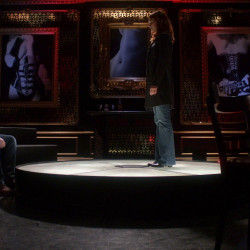 The angels send Anna back in time to kill John and Mary Winchester before they can conceive Sam knowing that if Sam was never born then Lucifer won't be able to use him as his vessel. Castiel sends Sam and Dean back to 1978 so they can stop Anna, and the two brothers are reunited with their parents. Mary recognizes Dean as a hunter since he visited her in the past once before but tries to keep the truth from John. 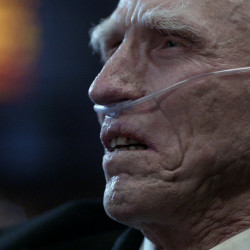 Castiel helps Sam and Dean hunt down Cupid on Valentine's Day after townspeople start to kill each other for love. However, after Cupid tells them he's innocent, they discover Famine, one of the Four Horsemen of the Apocalypse, has arrived in town. 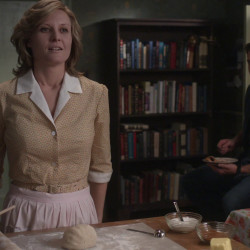 Sam and Dean investigate Bobby's home town where the dead are rising from the grave but instead of attacking humans, they are happily reuniting with their families. The brothers turn to Bobby for help but he tells them not to worry about it and to leave town. Suspicious, Dean investigates and comes face to face with Bobby's dead wife, who has no memory of what happened to her. Once the zombies start turning evil, the boys tell Bobby he has to kill his wife but he refuses. 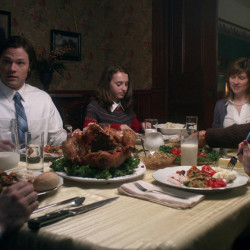 Ambushed by angry hunters, Sam and Dean are shot and killed and sent to Heaven. Castiel warns Dean that Zachariah is looking for them in Heaven so they need to lay low while searching for an angel named Joshua who can help them since he talks directly to God. While searching for Joshua, the brothers run into some old friends and family members. 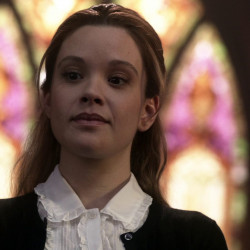 Sam and Dean are outnumbered by demons, but are saved at the last minute by Rob and his townspeople, who are aware of the Apocalypse, and have been training to fight and kill demons. The small town is very religious and Sam and Dean meet Pastor Gideon, who introduces them to his daughter Leah, whom he claims is a prophet. Leah tells the townspeople they must obey her orders if they want a spot in Heaven but when she starts turning the townspeople against each other in the name of the Lord, the brothers realize they must kill her. 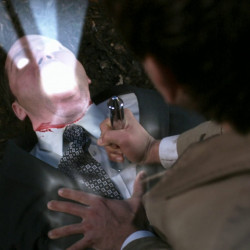 Dean begins to think the only way to stop Lucifer is to say yes to Michael, but the angels decide they don't need him anymore. Dean, Sam, and Castiel are horrified at the angels' new game plan and take on Zachariah to prevent an all out war on Earth. Meanwhile, a familiar face returns. 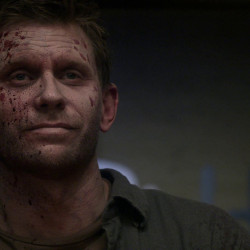 Sam and Dean are kidnapped by a group of gods, including Kali, Ganesh, and Baldur and held hostage in a small hotel. The gods want to use Sam and Dean as bargaining chips to stop the Apocalypse, but Gabriel shows up and warns them that if Lucifer finds them he will kill them all. Unfortunately, one of the gods turns on the rest and Lucifer appears. 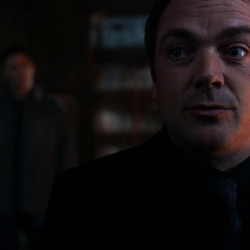 The demon Crowley tells Sam and Dean he can help them find the remaining Horsemen rings so they can trap Lucifer. The brothers are doubtful until Crowley leads them to Brady, the Handler for Pestilence and Death. However, Brady refuses to give up their locations and sets Pestilence after the Winchesters. 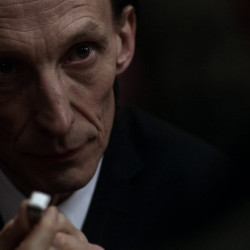 Crowley tells Bobby he will give him the location of Death, the fourth horseman, in exchange for his soul. Knowing Sam and Dean need that fourth ring to stop the Apocalypse, Bobby reluctantly agrees. Sam and Dean confront Pestilence, but he unleashes a deadly virus upon them, so Castiel must intervene on their behalf. Dean has a meeting with Death to discuss Lucifer, and an unholy alliance is formed at a very high price for Dean. 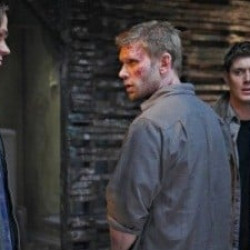 The showdown between good and evil is at hand. With the Apocalypse looming, Sam and Dean realize they are out of options and make heart-breaking decisions that will change their lives forever. A beloved character faces death.