The Cho Show is a reality-sitcom starring comedienne Margaret Cho which premiered on VH1 on August 21, 2008. The series follows Cho as she interacts with her family and friends, including her mother and her assistant Selene Luna. Sandra Bernhard, Wanda Sykes, Michelle Rodriguez, Kat Von D, Nina Hartley and Joan Rivers make appearances during the show's first season. The premiere episode, titled "Korean of the Year", was available for download from the U.S. iTunes Store for free. The DVD of the show is planned for release in Australia, on 4 March 2009. 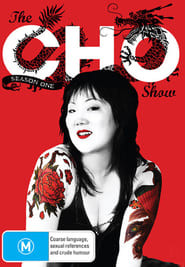