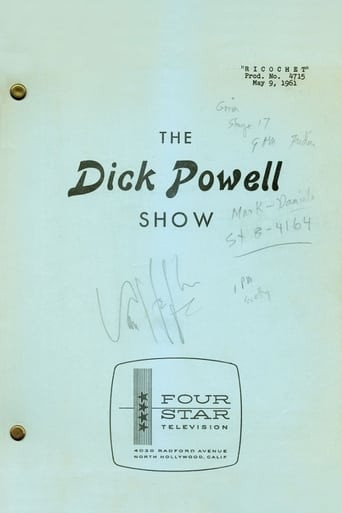 The Dick Powell Show is an American anthology series that ran on NBC from 1961- 1963, primarily sponsored by the Reynolds Metals Company. It was hosted by longtime film star Dick Powell until his death from lymphatic cancer on January 2, 1963, then by a series of guest hosts until the series ended. The first of these was Gregory Peck, who began the January 8 program with a tribute to Powell, recognizing him as "a great and good friend to our industry." Peck was followed by fellow actors such as Robert Mitchum, Frank Sinatra, Glenn Ford, Charles Boyer, Jackie Cooper, Rock Hudson, Milton Berle, Jack Lemmon, Dean Martin, Robert Taylor, Steve McQueen, David Niven, Danny Thomas, Robert Wagner and John Wayne.