Headmaster is an American half-hour television comedy-drama starring Andy Griffith and broadcast by CBS in the United States during the 1970-71 season. Headmaster marked the return to series television of Griffith, whose previous eponymous show had been one of CBS's major hits of the 1960s prior to his voluntary departure and a program which was still in production, when Headmaster was launched. With Headmaster, Griffith fulfilled his desire to be cast in a television series as something other than a rural bumpkin dispensing folksy wisdom; here his character, Andy Thompson, was the headmaster of a prestigious Californian private school, the Concord School. His wife, Margaret, was an English teacher; his best friend was the school's main athletic coach, Jerry Brownell. Mr. Purdy was the school's caretaker. Despite being aired in the Friday night 8:30 Eastern time slot vacated by the popular Hogan's Heroes, a theme song sung by Linda Ronstadt, and featuring arguably the biggest CBS star of the 1960s, Headmaster did not prove to be popular and was routinely beaten in the Nielsen ratings by both The Partridge Family on ABC and The Name of the Game on NBC. When this pattern became apparent, production of Headmaster was terminated, with the last first-run episode being broadcast January 1, 1971, and the program replaced by a new situation comedy starring Griffith, The New Andy Griffith Show. This replacement program met with little more success than Headmaster, and was last broadcast on May 21, 1971. In June 1971, Headmaster returned to the time slot in reruns, with the last repeat episode being aired on September 10, 1971. 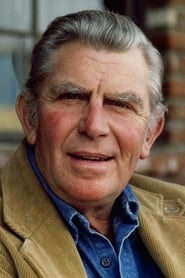