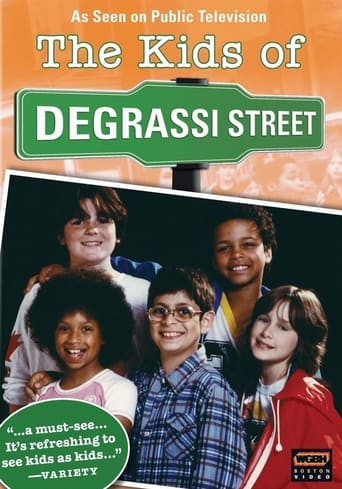 The Kids of Degrassi Street

Watch The Kids of Degrassi Street

The Kids of Degrassi Street is a Canadian children's TV show that aired from 1979 to 1986, and is the first in the Degrassi series, about the lives of a group of children living on Degrassi Street in Toronto, Canada. It grew out of four short films: Ida Makes a Movie, Cookie Goes to the Hospital, Irene Moves In and Noel Buys a Suit, which originally aired as after-school specials on CBC Television in 1979, 1980, 1981 and 1982, respectively. The show was acclaimed for its realistic depiction of every day children's lives and tribulations, and remains memorable to many Canadians because of this. Kids of Degrassi Street featured many of the same actors who would later appear on Degrassi Junior High and Degrassi High, including Stacie Mistysyn, Neil Hope, Anais Granofsky, Sarah Charlesworth and others. However, their character names and families were different, so this series cannot technically be seen as an immediate precursor to the later shows. 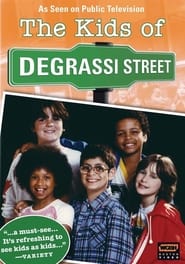