The Megan Mullally Show is an American talk show hosted by Megan Mullally that debuted in syndication on September 18, 2006, and was cancelled in January 2007 due to its low ratings. Early promotions for the program featured Mullally as herself and as her Will & Grace character, Karen Walker. The talk show also aired nationally on TBS and was distributed by NBC Universal Television Distribution. Promotional television advertisements featured Mullally standing in front of the title-card attempting to correct the voice-over announcer who throughout the commercial mispronounces her name as "Minnie Minnie Moo Moo" and "Monkey McMonkey" among other names. The first episode featured actor Will Ferrell and Jenny McCarthy. 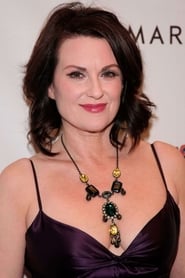