The Mississippi was a television series which ran for 2 seasons from 1982 to 1984. The series consisted of 27 episodes, 1 pilot, 6 first season episodes and 17 episodes in the second season. The series was written by Aubrey Solomon and starred Ralph Waite, Linda Miller and Stan Shaw. Ralph Waite played Ben Walker, a successful criminal attorney who after retiring his law practice, sought a more simple life on the mighty Mississippi river as a simple stern-wheel river boat captain. But at every port he would stop at he'd find someone who needed a good attorney and he would end up defending them. His "crew" consisted of Stella McMullen and Lafe Tate, both of whom was more interested in helping people, fighting crime and becoming attorneys than running the tug. Filming occurred in several cities along the Mississippi River including Natchez, Mississippi, and Memphis, Tennessee. 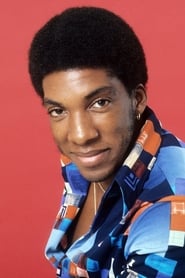