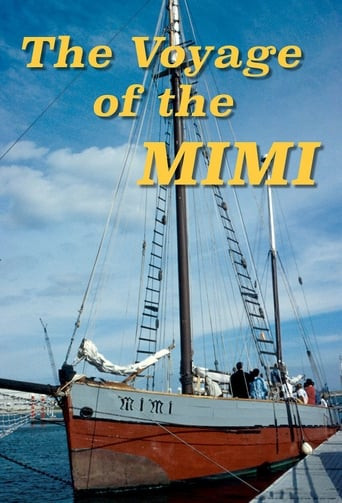 The Voyage of the Mimi

Watch The Voyage of the Mimi

The Voyage of the Mimi was a thirteen-episode American educational television program depicting the crew of the Mimi exploring the ocean and taking a census of humpback whales. The series aired on PBS and was created by the Bank Street College of Education in 1984 to teach middle-schoolers about science and mathematics in an interesting and interactive way, where every lesson related to real world applications. The series was also released as a Laserdisc collection. It was shot in Marblehead, Massachusetts and starred future Academy Award winner Ben Affleck. After a segment of fictional adventure in the first part of each episode, a corresponding "expedition documentary" taught viewers something scientific relating to plot events in the previous episode of the show. For example, there was an episode where the plot was about obtaining drinkable water, and over the course of the episode, the viewer would also be given lessons about condensation, heat, and the three states of matter. Each lesson had accompanying student and teacher handouts or worksheets. A second series was produced in 1988, The Second Voyage of the Mimi, in which the two Granvilles, along with other archaeologists, searched for a lost Mayan city, and uncovered a conspiracy along the way.