A mysterious computer virus wipes out highly classified personnel files at the NSA, prompting a top secret investigation. RAYMOND BERRY, an NSA operative is thrown into a detention center, where he is suspected of crimes against the United States. He fights to stay alive, hoping to reunite with TABITHA, a CIA agent he has recently fallen in love with. Ray discovers that Tabitha is not who she says she is, complicating his plans to escape his former life and start over in anonymity. 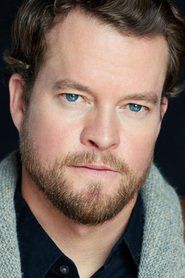