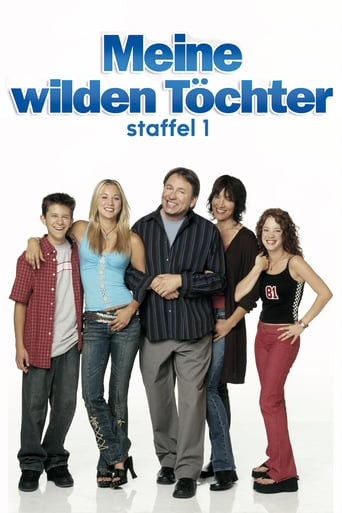 The first season of 8 Simple Rules aired on ABC between September 17, 2002 and May 20, 2003, it consists of 28 episodes. On August 7, 2007 Walt Disney Studios Home Entertainment released the complete first season on DVD for the first time ever, on a 3-disc set. Guest stars throughout season one include: Cybill Shepherd, Jason Priestley, Terry Bradshaw, Nick Carter, Shelley Long, Patrick Warburton, Thad Luckinbill, Billy Aaron Brown and Larry Miller. 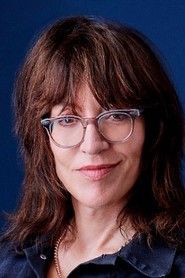 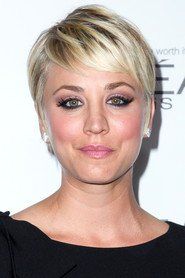 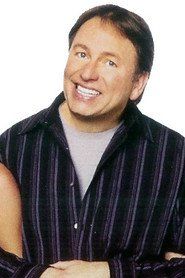 Paul had grown accustomed to Cate taking care of their son and two daughters. His job as a sports writer kept him on the road a lot during the kids' formative years. But when Cate decides to return to work as a hospital nurse, Paul takes a job as a columnist and undertakes the responsibility of helping out with the kids. Although not new to fatherhood, Paul is just a bit rusty on day-to-day interaction and discovers that he's grown a little out of touch with his kids - especially his daughters. His value has been reduced to a wallet and a ride to the mall. Sixteen-year-old Bridget (Kaley Cuoco, ""Growing Up Brady,"" ""Ladies Man"") has matured into a beautiful and popular teenager, with a different boyfriend each week and a taste for fashion that tends to be a little too revealing for her father's taste. By contrast, 15-year-old Kerry (Amy Davidson, ABC Family series ""So Little Time"") is intelligent and cute, but her lack of selfconfidence has led her to hide behind a mask of s

Paul is left home alone with the kids while Cate is at a seminar on the day of the big Michigan/Ohio State football game. But much to Paul's dismay, the game soon takes a backseat when Bridget is accused of shoplifting and Kerry gets upset over her latest cause.

After seeing how much money Bridget spends on keeping up with the latest fashions, Paul tells her to go out and get a job to learn how to be fiscally responsible. But when she lands a job at a trendy mall clothing store that offers its workers a 40% discount, Paul and Cate begin to worry that she may not be learning the true value of a dollar.

Bridget takes drastic measures when an overprotective Paul keeps coming up with excuses to delay her from taking her driver's test. Meanwhile, after convincing a less-than-confident Kerry that she has the talent to enter an art competition, Paul is shocked and Kerry is devastated when her submission is rejected, on ""8 Simple Rules for Dating My Teenage Daughter.""

A sports-struck Paul lets Bridget do whatever she wants when she breaks up with Kyle and begins dating high school basketball wonder Travis ""The Rainman"" Smith - whose father just happens to be Michigan baseball legend Steve ""Canned Heat"" Smith (Terry Bradshaw). Meanwhile Kerry resents the fact that Paul still thinks of her as a little girl and not as a budding teenager ready to take on the dating world.

Bridget is ecstatic when the cheerleading squad has an opening for a new member. But after telling Kerry that she is not cut out to be a cheerleader, Bridget is completely dumbfounded when her sister tries out and is chosen for the team. Meanwhile, Paul tries in vain to wean Rory off video games and introduce him to the world of books

Paul seems to be the only one looking forward to a family Halloween, as Bridget, Kerry and Rory make plans to spend the spooky evening away from home and with their friends. But Paul's wish to relive the past by having the family get together for one last Halloween campout in the old treehouse may turn out to be the biggest nightmare of the evening.

In an effort to win back the love and respect that his daughters used to show him when they were young, Paul turns to a parenting book for some quick advice. But when Bridget and Kerry discover Paul's teaching tool, they try to use it to their advantage to get their father to let them go to a rock festival.

Paul's plan backfires when--after telling Bridget to tell Kyle the truth about her date with another boy -- Kyle breaks up with her. Meanwhile, Kerry's first date turns out to be a dream, but she is devastated when the boy doesn't call her back.

When no one can agree on where the family vacation should take place, Paul challenges the Hennessey clan to give up their bad habits for a week and the winner gets to choose the vacation spot. But the family's vices soon get the better of them, and secret collaborations and clandestine alliances threaten to foil the contest.

After meeting his new editor Nick, Paul becomes quick friends with the man when he discovers they both have a common bond-being married fathers of teenage girls. But Paul soon learns that he may have something else in common with Nick-having the reputation of being an overprotective ""psycho dad."" Meanwhile, Paul wants to make Thanksgiving a family affair, and forbids Bridget and Kerry from inviting their boyfriends to the festive feast.

Paul discovers that he has his work cut out for him for the holidays when he tries to find perfect gifts for the family to make up for last year's Christmas fiasco. Kerry also finds a stray dog during the holidays. Meanwhile, Cate is overjoyed when she is asked to sing a solo at the church's midnight service, but fears that seeing her family there will make her nervous

When a proud Paul lets 13-year-old Rory go out on his first date, Bridget and Kerry accuse him of unfairly changing the rules because they were never allowed to date at that age. Meanwhile Kerry is shocked when Bridget receives a higher score then she did on a state aptitude test.

Paul and Cate are shocked when they are called into the principal's office and informed that Bridget wants to skip her college prep classes in order to become an esthetician. Meanwhile, Paul is so impressed with Kerry's sketches of ""The Incredible Boring Woman"" that he gets the principal to print them in the school newspaper -- not realizing that the principal is the boring woman in question.

After Kerry and her boyfriend break up, Paul tries to cheer up his blue daughter by getting Bridget to take her little sister with her to a party. But while talking to Kyle at the party, Kerry is shocked when a spark is ignited and the two share a romantic kiss. Meanwhile, Paul and Cate try to discover what is hidden in Rory's secret box.

After discovering that boyfriend Kyle kissed Kerry at a party (the previous episode, ""Kerry's Big Adventure,"" airing Jan 21), Bridget gives her sister the silent treatment which is anything but quiet for Paul. But real life merges with fantasy when Paul has a dream that lands him in familiar territory, showing Kyle as a swinging bachelor living with Paul's two beautiful daughters in an apartment straight out of the 70s. The set of the classic comedy ""Three's Company"" was recreated down to the last detail for this episode.

Bridget defies the rules of the house after Paul forbids her from going out on a date with Ben (Backstreet Boys' Nick Carter) -- her college-age drum instructor. Meanwhile, Kerry is mad at Cate when her ex-boyfriend confesses that he thinks her mother is pretty.

When Paul has to pick up Bridget and Kerry from a party that's been broken up by the police -- and "supervised" by co-worker Tommy (Larry Miller) -- Paul chastises his friend and unwittingly volunteers to host the next one. But when Paul falls asleep during the party and it gets out of control too, the kids think of him as a "cool parent," while the neighborhood parents think he's just as unreliable as Tommy.

When Paul is asked by race car driver Carter Tibbits (Jason Priestley, ""Beverly Hills 90210"") to write a book about him, Paul brings the family to Tibbits' mansion to meet the driving legend and his sarcastically dry-witted butler, Cody (Robert Guillaume, ""Benson,"" ""Sports Night"") -- who used to be Carter's crew chief. But a misunderstanding leads Rory to steal a photo from Carter's room, and it's Paul who's under suspicion when a security camera catches him trying to return the item.

Kerry devotes her school video project to sister, Bridget, to illustrate the hypocrisy that life is much easier for the ’beautiful people.' But when Bridget discovers that the video makes her look shallow, she takes Paul's advice to enrich her life by taking up tennis again -- and ends up with a broken nose.

While vacationing in Florida at Cate's parent's home, Paul and Cate catch Bridget and Kerry on the evening news partying with a group of Spring Breakers. But before a punishment can be implemented, the news runs archival footage that features a young, wild Cate letting loose in a bar. Meanwhile, a jealous Paul meets Byron (Ed Marinaro, ""Hill Street Blues,"" ""Sisters"") -- the man that Cate went out with during her college sophomore year -- and Rory befriends an elderly gentleman (Tom Poston, ""Newhart,"" ""Mork & Mindy"") whose stories about World War II turn out to be more fiction than fact.

Paul's job as parental guardian becomes more of a full-time position when Cate is up for a promotion and has to spend more time at the hospital. Meanwhile, after Paul introduces the boy to the hobby of baseball card collecting, Rory trades the cards for something not exactly associated with the sport.

Bridget and Paul are surprised to find themselves in similar situations when they are both alienated in their social circles. But they devise a plan to settle the score, leading Paul to crash a poker game with co-worker Tommy (Larry Miller) to get closer to boss Nick (Patrick Warburton), and Bridget trying to break up ex-boyfriend Kyle and her nemesis, Jenna.

Bridget begrudgingly becomes a mother when she is assigned to take care of a baby made out of a sack full of flour for school. When Kerry and Rory bake cookies for the Great American Bake Sale to help put an end to childhood hunger in America, Bridget begins to notice that her baby is developing a mysterious loss of weight.

After reluctantly inviting socially inept neighbors Fred and Mary Ellen Doyle (""Cheers'"" John Ratzenberger & Shelley Long) and their kids over for dinner, Paul and Cate are shocked when the entire Hennessy clan is asked to take part in the Doyles' daughter's wedding. Meanwhile Kerry neglects to inform Bridget that geeky Donny Doyle (Thad Luckinbill, J.T. Hellstrom on ""The Young and the Restless"") has grown up to be a hunk, and Rory takes a part in a play as a cross-dresser in order to meet girls. Cate (Katey Sagal) sings the jazz classic, ""At Last,"" at the wedding reception.

Having learned that her sister, Maggie (Cybill Shepherd), is having marital problems, Cate is nevertheless not too thrilled when Paul invites Maggie to stay at the house -- the sisters have a long history of sibling rivalry. Meanwhile, Paul and Cate are impressed with how mature Bridget has become after they agreed to let her go out with neighbor Donny Doyle (Thad Luckinbill), who is home from the Naval Academy; and Bridget and Kerry wonder if Kyle has ulterior motives when he befriends Rory.

The sibling rivalry between Cate and Maggie (Cybill Shepherd) comes to a boiling point when Maggie gets a sexy, new makeover and gives Bridget a water bra as a gift. Meanwhile tensions between the Hennessy sisters mount when Kerry and Kyle begin dating, while Bridget's popularity takes a nosedive after she dissed her friends for Donny (Thad Luckinbill); and Paul becomes concerned when he finds an empty pregnancy test kit.