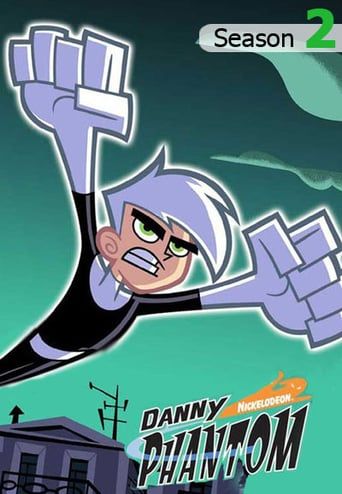 Episodes 17 on Paramount Plus 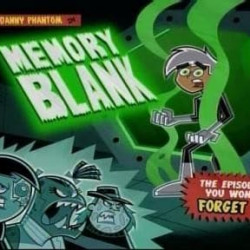 Danny and Sam get into a fight, and when Sam utters the words, "I sometimes wish I'd never met you," she finds herself in a world in which she and Danny are strangers. Worse than that, since it was Sam who encouraged Danny to check out the Fenton Portal the night he got his ghost powers, Danny doesn't have any powers! Now, Sam must convince Danny that they share a friendship and a history, and lead him back to the Fenton Portal for a second "accident" so he can again become Danny Phantom. 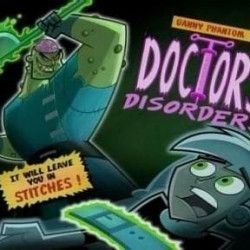 After being bitten by tiny green ghost beetles, the kids of Casper High get a mysterious illness that gives them ghost powers and are quarantined at a spooky old hospital outside of town. When Danny sneaks into the hospital to investigate, he is captured by Penelope Spectra and her assistant, Bertrand. They are the ones who started this illness as part of their plan to build Penelope a young and beautiful new body. All she needs is Danny's half-human/half-ghost DNA to complete her ghostly plan. With Danny captured and Sam sick, it's up to Tucker to conquer his fear of hospitals and free Danny before Penelope gets what she's after. 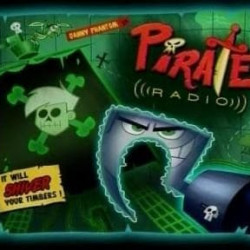 A group of ghostly skeletons under the command of a bratty 10-year-old pirate named Youngblood attacks FentonWorks and steals the ghost shield. Soon after, all the adults in Amity Park are packing for a cruise without their kids. Danny, Sam, and Tucker discover that the cruise is a hoax and the adults are under the spell of a mysterious (and cheesy) song created by Ember to make them into galley slaves for Youngblood's pirate ship! The stolen ghost shield prevents Danny Phantom from getting on board the ship, so Danny Fenton has to lead Amity Park's teenagers in a daring attempt to save their parents. 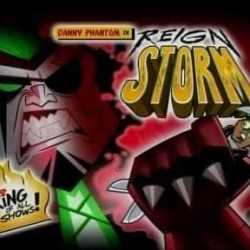 When Vlad Plasmius accidentally awakens the most powerful ghost of them all -- Pariah Dark, the King of all Ghosts -- Danny quickly finds himself the pawn in an action-packed, suspenseful game of chess. The only way to defeat the Ghost King seems to be a brand new Ecto-Skeleton battle suit that Jack and Maddie have constructed, but there's one big problem: wearing the suit can be fatal and only Danny can use it to defeat the Ghost King. With time running out, and the entire town of Amity Park sucked into the Ghost Zone, Danny Phantom must battle the all-powerful Ghost King to save his family, his friends, and even his enemies. 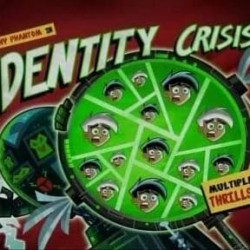 Danny and his friends get caught up in a time-traveling adventure. They are taken into a dark future, in which Amity Park is destroyed and the world's most powerful and evil ghost is Danny's own future self! 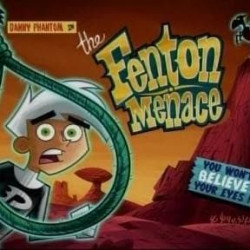 Technus is back! But this is a new and improved Technus, a smoother operator who refuses to shout out his plans. Danny's not worried, especially after he splits himself in two and decides to leave the ghost hunting to his super hero side and allow his teen self some time off to just be "normal." Unfortunately, Danny Phantom, super hero, begins to take his job too seriously and Danny Fenton, average teenager, starts to enjoy slacking off way too much. Meanwhile, Technus electronically infiltrates the Fenton RV -- and, then, all of FentonWorks -- siphoning off the energy to complete his upgrade. It's up to the two Dannys to work together and defeat Technus 2.0 before he drains all the power from Amity Park, and then the world! 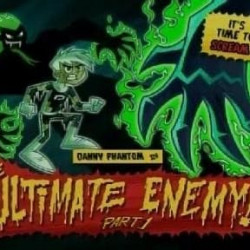 Danny Fenton is losing his mind! At least, that's what Jazz decides when her little brother starts acting strangely and fighting ghosts that aren't there. In reality, Danny is being tormented by a revenge-seeking Youngblood, who cannot be seen by adults -- or by big sisters who think they're adults. When Jazz sells the family on a ghost-tech-free camping trip, Youngblood follows and unleashes a series of juvenile attacks that make Danny seem even crazier, and put the Fenton family in danger. 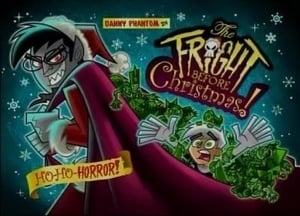 Danny Fenton hates Christmas. When he accidentally destroys the only copy of a ghostly Christmas story, the book's author, Ghost Writer, makes Danny hate the holiday even more by turning him into the main character of a brand new Yuletide tale. Danny is now trapped in a scenario where everyone talks in rhyme! With his magical Quantum Keyboard, Ghost Writer creates a series of catastrophes that threaten to ruin Christmas for all of Amity Park and pins the blame on Danny. When Danny goes into the Ghost Zone to confront Ghost Writer, he is surprised to find his old ghostly enemies in a giving mood. Danny enlists them to help him defeat Ghost Writer and restore the spirit of Christmas to Amity Park and, perhaps, to his own heart. 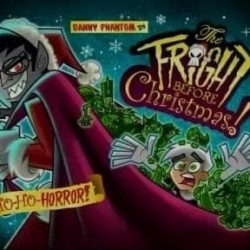 Skulker's on a looting spree, snatching up a number of seemingly unrelated items. Unfortunately, Danny's attempts to stop him are thwarted by the well-intentioned meddling of Danny's new sidekick: Jazz. However, Danny didn't ask for -- and doesn't want -- Jazz's help, and after a series of humiliating mishaps, Danny blows up at his sister. In response, Jazz runs away from home... to Vlad's castle in Wisconsin! But it's only a ruse. Jazz soon manages to break into Vlad's inner sanctum and discovers that he has been using Skulker to collect the items necessary to upgrade the Fenton's stolen Ecto-Skeleton. When Danny arrives at the castle, Vlad makes Jazz don the improved battle suit in a no-holds-barred fight against Danny Phantom! 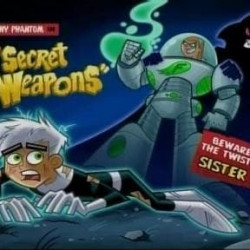 Technus is back, with a new plan to beam himself up to a super satellite and take over the world, and he's going to use Axion Labs to do it. As Danny Phantom battles Technus, Danny Fenton begins battling his feelings for Valerie, whose dad is back in charge at Axion. Sam and Tucker are surprised when Danny confesses he's thinking of asking Valerie to go steady. Unfortunately, as Technus puts his plan into action at Axion Labs, Valerie realizes her role as ghost hunter is putting her family and friends in danger. Can romance work between two kids with secret identities, or will the ghost boy and the ghost hunter end up breaking each others' hearts? 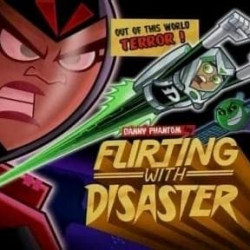 Although Danny Phantom can perform extraordinary physical feats, Danny Fenton is still something of a weakling. For this reason, Dash is assigned as Danny's "fitness buddy" to help him prepare for the Presidential Fitness Test at school. When Skulker appears at FentonWorks on his usual hunt, Danny Phantom, Dash, and Skulker are accidentally hit with Jack's new "Fenton Crammer," which shrinks them all to a half-inch tall! Worse yet, Danny's ghost powers don't work so well in his tiny form. Now, Danny and Dash must rely on each other's brains and natural physical abilities to get to the FentonWorks Emergency Op-Center and reverse the shrink ray before Skulker and his brand new fully-powered ecto-skeleton catches up to them. 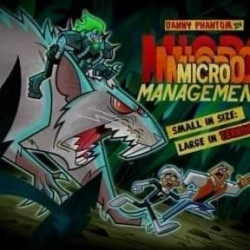 Sam can barely contain her contempt for the "Miss Teenage Happy Princess" beauty pageant and its organizer, Dora Mattingly, when they descend on Casper High. She decides to enter the contest to make a statement about individuality, but makes a discovery instead: Dora Mattingly is the Dragon Ghost! Before she can get to the bottom of the mystery, she's inadvertently crowned Miss Teenage Happy Princess by its happy-go-lucky judge... Danny Fenton! When the tiara is placed on Sam's head, it magically transports her to a castle in the Ghost Zone, where she learns she's to be the bride of Dora's brother, the ghostly Prince Aragon. As Danny and Tucker head into the Ghost Zone to rescue Sam, she does her best to shake things up in the medieval ghost world she's stuck in. 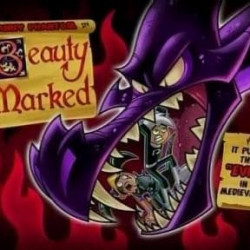 Tucker's running for student body president, but no one's paying his campaign any notice, and that includes his campaign managers: Danny and Sam. On a field trip to a museum to look at ancient Egyptian artifacts, everyone is surprised that the pharaoh in question looks just like Tucker. And when Tucker looks in a ghostly mirror, his image brings the pharaoh's minion, Hotep Ra, to life! Hotep Ra bows before Tucker and becomes his servant, urging him to not stand by anymore and be ignored. Tucker's new attitude -- with help from his new king's scepter -- gets him even more respect than he expected when he accidentally transports his friends and classmates to ancient Egypt during a school debate. Now, Tucker is a king, and it's hard not to enjoy the perks. Unfortunately, the servant Hotep Ra has his eye on Tucker's throne and some sinister plans in mind for the students of Casper High. 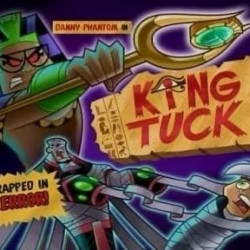 Vlad is back, only now he's afflicted with a serious case of ecto-acne, a direct result of the college lab accident with Jack and Maddie. To ensure Danny helps him find a cure, Vlad infects Sam and Tucker with his disease, and Danny turns to Clockwork for help. Danny convinces Clockwork to let him go back in time to make sure the accident that injures Vlad never happens. Unfortunately, when he changes the past, he changes the present. When he arrives back in the present day, Maddie is married to Vlad and living in Wisconsin, and Jack's a ghost named Jack Plasmius! Now, Danny must go back in time for a second time to ensure his parents get together, but when he does, will that mean ecto-acne doom for Tucker and Sam? 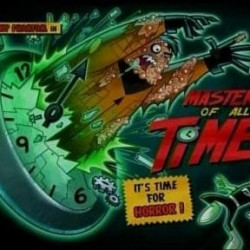 Vlad's up to something and it involves Danny. After he sends three ghosts to Amity Park to battle Danny Phantom, it is revealed that he's working on his creepiest project yet: a clone of Danny Phantom. So far, the clones he creates can't sustain their forms for very long, but Vlad is determined to succeed. Danny doesn't have long to worry about Vlad's ghostly visitors, however, because he's distracted by the appearance of Danielle, a cousin he didn't know he had. And then, Danielle reveals that she too has ghost powers -- she's Dani Phantom! Unfortunately, she's also a product of Vlad's experiments, and therefore an imperfect ghost with an unstable form. Danny must convince his new "relative" to turn on her creator and help him destroy Vlad's evil experiment, before it's too late for both ghost kids. 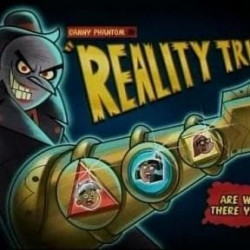 Sam's got a new crush: Gregor, a goth transfer student from Europe. And Danny's jealous, although he won't admit it. Instead, he convinces himself that Gregor is an undercover operative for the Guys in White, out to get Danny Phantom. When Sam finds out Danny has been spying on her, she's furious, but Danny's suspicious grows when the Guys in White show up in Amity Park. The mystery deepens as Tucker tries to help Danny uncover Gregor's intentions. Is Danny right? Is Sam truly in danger from Gregor and the Guys in White, or is Danny just jealous of Sam and Gregor's growing romance? 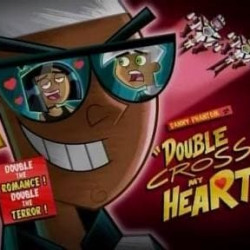 School's out and Danny has nothing on his mind except a relaxing, fun and a ghost-free summer vacation. His dream is quickly destroyed when Freakshow, the villainous ringmaster with ghostly minions, escapes from jail. Danny, caught off guard, is forced to forfeit his summer plans when Freakshow manages to reveal Danny's secret identity to the entire world! To make matters worse, Freakshow kidnaps Danny, Sam and Tucker's families and uses them as pawns in this evil game of revenge. Now, on the run and hiding from everyone, Danny must rely on his powers to stay free, fulfill Freakshow's ransom demands and save his parents. With Tucker and Sam by his side, Danny travels cross-country to track down three "Reality Gems," which, when combined, will give Freakshow the power to turn Danny's world into his very own nightmare circus! As the sun sets in the west, Danny's enemies close in on him and Freakshow forces the hands of time closer to the fate of DOOM!