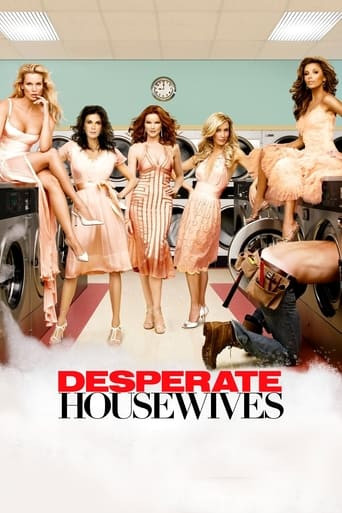 Looking down on her friends and family isn't a way of life for Mary Alice Young... it's a way of death. One day, in her perfect house, in the loveliest of suburbs, Mary Alice ended it all. Now she's taking us into the lives of her family, friends and neighbors, commenting from her elevated P.O.V. 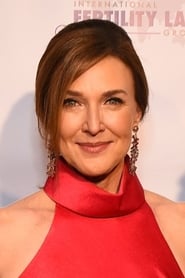 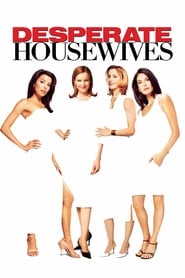 The first season of Desperate Housewives, an American television series created by Marc Cherry, commenced airing in the United States on October 3, 2004, concluded May 22, 2005, and consisted of 23 episodes. It tells the story of Mary Alice Young, a seemingly perfect housewife who commits suicide, fearing that a dark secret, involving her, her husband, and their son would be exposed. At her wake, Mary Alice's four close friends and the main characters, Susan Mayer, Lynette Scavo, Bree Van de Kamp and Gabrielle Solis, are introduced. All of them live in the suburb of Fairview on Wisteria Lane. Narrating the series from the grave, Mary Alice describes how her friends try to find out the reason for her suicide, while trying to deal with the problems of their personal lives. Desperate Housewives' first season aired in the United States on Sundays at 9:00 pm ET on ABC, a terrestrial television network. In addition to the 23 regular episodes, a special, Sorting Out the Dirty Laundry, aired on April 24, 2005. The season garnered an average of 23.7 million viewers in the U.S. per all 23 episodes, ranking as the fourth most-watched television series during the 2004–05 American television season. In the United Kingdom, the season premiered on January 5, 2005, and subsequently aired Wednesdays at 10 pm on Channel 4. It aired in Canada on CTV Television Network and in Australia on the Seven Network. 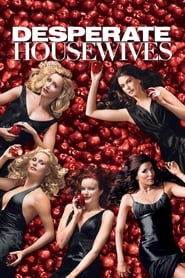 The second season of the American dramedy-mystery television series Desperate Housewives commenced airing in the United States on September 25, 2005 and concluded on May 21, 2006. The season continues the story of the Wisteria Lane residents, while their seemingly perfect lives in the suburban neighborhood are shaken by the arrival of the mysterious Betty Applewhite. Broadcast in the Sunday night time slot at 9.00 ET, the season aired twenty-four regular episodes, including a two-part season finale. In addition, three clip shows were produced for the season, in order to put the previous events of the show in perspective. "All the Juicy Details" aired before the eleventh episode, detailing the most memorable events of the season's first half, whereas "The More You Know, The Juicier It Gets", which aired before the twentieth episode, prepared the viewers for the highly-anticipated season finale. "Time to Come Clean" aired three weeks before the inception of the third season, and reviewed the previous mysteries of the series before introducing the new story lines. The second season had fourteen roles receiving star billing, out of whom eleven were part of the first season's main cast. The main story lines of the season were Susan Mayer's relationship with her former husband, Gabrielle Solis' upcoming motherhood, Lynette Scavo's return to work and the death of Bree Van de Kamp's husband. 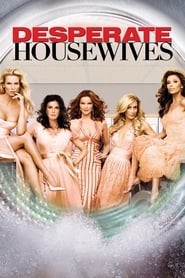 The third season of the American dramedy-mystery television series Desperate Housewives commenced airing on ABC in the United States on September 24, 2006 and concluded on May 20, 2007. The season continues the story of the Wisteria Lane residents, describing their lives in the suburban neighborhood, while dealing with the arrival of the mysterious Orson Hodge. Broadcast in the Sunday night timeslot at 9:00 ET, the season aired twenty-three regular episodes. In addition, two clip shows were produced for the season, in order to put the previous events of the show in perspective. "The Juciest Bites" aired before the seventeenth episode, detailing the events of the first three seasons, in order to introduce the new story arcs in the end of the season. "Secrets and Lies" was narrated by Brenda Strong and was the last clip show to be produced for the series, airing before the inception of the fourth season. The season received positive reviews, most critics noting an improvement in the writing after the unsuccessful second season. The production team and the cast members received positive critical response, resulting in numerous awards and nominations. This season also aired the first "disaster episode" of the series, "Bang", which saw the main characters dealing with a shooting in a local supermarket. Despite numerous complaints about scheduling in the previous seasons, Desperate Housewives was one of the few ABC series to keep its original time slot. The highest rated episode of the season was the season premiere, watched by 24.09 million viewers with a 8.5 rating, ranking second in the week. Buena Vista Home Entertainment released officially released the season on DVD in the United States and Canada on September 4, 2007. 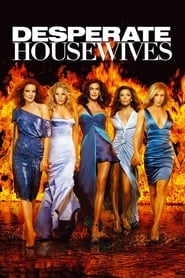 The fourth season of Desperate Housewives, an American television series created by Marc Cherry, premiered on September 30, 2007 on ABC. Filming for the series was interrupted by the 2007-2008 Writers Guild of America strike in November 2007, after production on the two-episode tornado storyline wrapped. The first part, "Something's Coming", aired on December 2, 2007. "Welcome to Kanagawa", the second part and the last episode filmed before the strike, was originally going to be aired after the strike's resolution, but aired on January 6, 2008. Seven additional episodes were produced for the fourth season after the strike, the first of which aired on April 13, 2008. The final two episodes served as a two-part finale and were aired consecutively on May 18, 2008. A total of 17 episodes aired as part of the season, with one recap special airing on September 23, 2007. The series continues to focus on Wisteria Lane residents Susan Delfino, Lynette Scavo, Bree Hodge and Gabrielle Solis, with Mary Alice Young returning as the series' narrator. Katherine Mayfair and her family are introduced in this season and are the center of the season's mystery. Critical reception for the season was positive, and ratings increased from the third season. The series drew in an average of 17.9 million viewers per episode during the 2007-08 American television season, becoming the sixth most-watched program of the year and the most-watched scripted program for the first time. 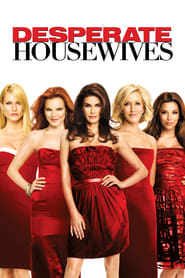 The fifth season of Desperate Housewives, an American television series created by Marc Cherry, began airing on ABC on September 28, 2008 and concluded on May 17, 2009. The season takes place five years after the events of the season four finale in 2013/2014 and continues to focus on the lives of Wisteria Lane residents Susan Mayer, Lynette Scavo, Bree Hodge and Gabrielle Solis, as seen through the eyes of the series' deceased narrator, Mary Alice Young. The season's mystery is centered around Edie Britt's third husband, Dave Williams. The series received media attention following the announcement that Edie, portrayed by Nicollette Sheridan, would be killed off close to the end of the season. Edie takes on the narration in "Look Into Their Eyes and You See What They Know" following her death, marking the second time Mary Alice's voice is not heard in an episode. The series saw its lowest ratings up to that point in season five. Nevertheless, Desperate Housewives maintained its position as a top-ten series. It was the ninth most-watched series during the 2008-09 television season with an average of 14.8 million viewers per episode. Season five was released on DVD by ABC Studios as the seven-disc set Desperate Housewives: The Complete Fifth Season — The Red Hot Edition on September 1, 2009 in Region 1, October 21, 2009 in Region 4, and November 9 in Region 2. 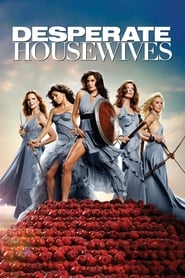 The sixth season of Desperate Housewives, a television series created by Marc Cherry, began airing on September 27, 2009 and concluded on May 16, 2010. The season consisted of 23 episodes. The deceased Mary Alice Young continues to narrate the events in the lives of her friends and Wisteria Lane residents, Susan Delfino, Lynette Scavo, Bree Hodge and Gabrielle Solis. Angie Bolen and her family are the focus of this season's mystery. The sixth season of Desperate Housewives began in the Republic of Ireland on Tuesday, January 5, 2010 at 9.55pm. The sixth season began at 10.00pm on January 27, 2010 on Channel 4 in the United Kingdom and began on the Seven Network in Australia on February 1, 2010. It started airing at 9:00 PM on February 1, 2010 on OSN's Show Series in the Middle East. It also started airing in India on Star World from February 26, 2010 at 10 pm. In France, Season 6 began airing in the translated version on April 1, 2010 on Canal +. The series saw lower ratings in the sixth season. In the first 12 episodes, the series attracted very similar viewership to the second half of the fifth season. But after the thirteenth episode of season six, "How About a Friendly Shrink?", the ratings declined heavily because of the competition with the 67th Golden Globe Awards. The series continued to lower numbers, with further competitions like the 2010 Grammy Awards, 2010 Winter Olympics, and the new CBS reality series Undercover Boss, which first aired after the Super Bowl XLIV, pulling impressive ratings. Desperate Housewives lost a lot of steam in the second half of its season, picking up some again in the final three episodes. 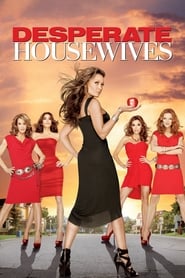 The seventh season of Desperate Housewives, a television series created by Marc Cherry, began airing on September 26, 2010 and concluded on May 15, 2011. The deceased Mary Alice Young continues to narrate the events in the lives of her friends and Wisteria Lane residents, Susan Delfino, Lynette Scavo, Bree Van de Kamp and Gabrielle Solis. The new housewife, Renee Perry, is introduced in this season. Paul Young returns to the lane and is the center of this season's mystery. Season seven was originally intended to be the final season, according to creator Marc Cherry. He has a new plan to extend the series two more seasons, meaning an eighth and ninth season. Marc Cherry has signed a new two-year deal with ABC that will keep Desperate Housewives on the air until the year 2013, subject to negotiations with Teri Hatcher, Felicity Huffman, Marcia Cross and Eva Longoria, the show's main actresses, who are all contracted for seven years. The first episode of the season aired in Latin America on October 6, 2010. Season 7 premiered in Ireland on Tuesday, October 12, 2010. Season 7 began airing in the United Kingdom on October 17, 2010. It started airing at 9:00 PM on October 25, 2010 on OSN's Show Series in the Middle East. It began airing in Israel on December 12, 2010. Season 7 began airing in France in the translated version on April 14, 2011 on Canal Plus. 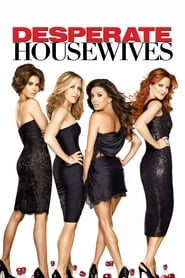 The eighth and final season of Desperate Housewives, a television series created by Marc Cherry, began broadcasting in the United States on September 25, 2011 and concluded on May 13, 2012. The season was promoted as "Kiss Them Goodbye." Desperate Housewives was renewed for an eighth season by ABC on May 17, 2011. The deceased character Mary Alice Young continues to narrate the events in the lives of her friends and Wisteria Lane residents, Susan Delfino, Lynette Scavo, Bree Van de Kamp and Gabrielle Solis. This season's mystery sees the housewives deal with covering up the murder of Gabrielle's stepfather, Alejandro Perez, from the previous season's finale. The final season began airing in the Middle East on October 3, 2011 on OSN First and in Latin America on October 6, 2011. It began airing in the United Kingdom on Sunday January 8, 2012 on E4 and Tuesday, January 10, 2012 in Channel 4, and also began airing in Ireland on RTÉ Two on Tuesday, January 3, 2012; in Greece on FOXlife on Monday, January 16, 2012; in Austria on Monday, January 2, 2012 on ORF; in Germany on Wednesday, January 4, 2012; in Australia on Thursday, February 2, 2012 and in France on Thursday, April 12, 2012.