The Terry and Gaby Show

Watch The Terry and Gaby Show

The Terry and Gaby Show was a daytime television show broadcast on Five on weekday mornings between June 2003 and April 2004, produced by Chris Evans' company UMTV. It was hosted by Terry Wogan and Gaby Roslin. The opening titles featured Gaby dressed up like a movie star driven to the studio in a limo and walking on red carpet to the door. Meanwhile Terry, carrying a briefcase, rode a rickety old bicycle across London and parked it outside the back door before quietly entering the building through said back door. The show was not well known for the guests who appeared on it, but rather for its many bloopers or double entendres 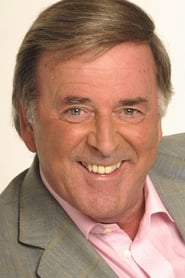