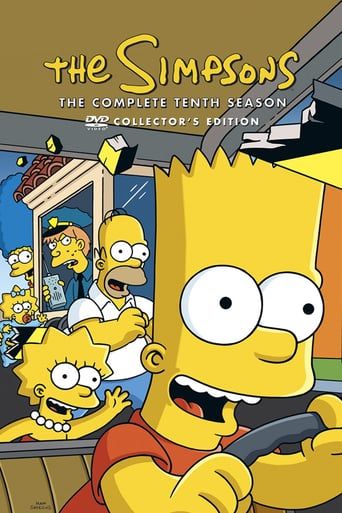 Episodes 23 on Disney Plus

The tenth season of the animated television series The Simpsons was originally broadcast on the Fox network in the United States between August 23, 1998 and May 16, 1999. It contains twenty-three episodes, starting with "Lard of the Dance". The Simpsons is a satire of a middle class American lifestyle epitomized by its family of the same name, which consists of Homer, Marge, Bart, Lisa and Maggie. Set in the fictional city of Springfield, the show lampoons American culture, society, television, and many aspects of the human condition. The showrunner for the tenth season was Mike Scully. Before production began, a salary dispute between the main cast members of The Simpsons and Fox arose. However, it was soon settled and the actors' salaries were raised to $125,000 per episode. In addition to the large Simpsons cast, many guest stars appeared in season ten, including Phil Hartman in his last appearance before his death. The season, which won the Annie Award for "Outstanding Achievement in an Animated Television Program", has been cited by several critics as the beginning of the series' decline in quality. It ranked twenty-fifth in the season ratings with an average of 13.5 million viewers per episode. The tenth season DVD boxset was released in the United States and Canada on August 7, 2007. It is available in two different packagings, both featuring Bart. 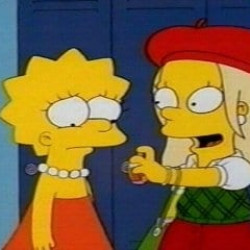 Homer and Bart try to make money by selling used grease. Meanwhile, Lisa organizes a school dance but feels alienated when a new classmate and her friends try to act like adults. 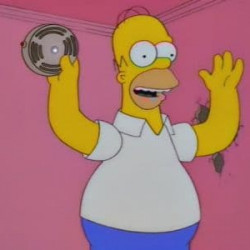 20 September 1998 - The Wizard of Evergreen Terrace

A midlife crisis prompts Homer to quit his job and become an inventor. 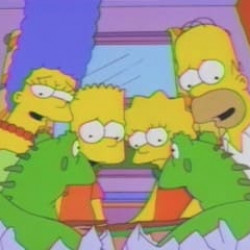 Under Nelson's bad influence, Bart shoots a bird with a BB gun. Stricken with remorse, he tries to nurture the eggs from the bird's nest, which hatch into a species of lizard outlawed in Springfield. 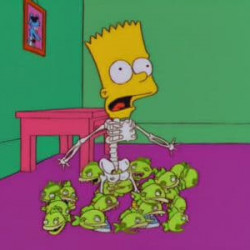 In "Hell Toupée," Snake is sent to the electric chair, and his hair is transplanted onto Homer. In "The Terror of Tiny Toon," Bart and Lisa become cartoon characters in an episode of Itchy & Scratchy. In "Starship Poopers," a growth spurt casts doubt on Maggie's paternity, and the family goes on the Jerry Springer show. 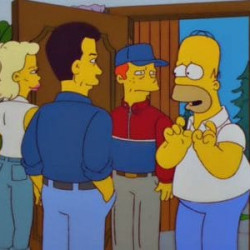 After a chance encounter with Hollywood celebrities secretly living in Springfield, Homer becomes their friend and gofer... until he spills the beans to the gang at Moe's. 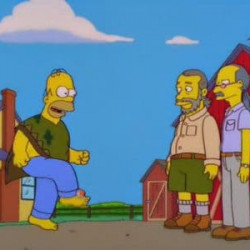 In a quest to learn Homer's middle name, Homer and Grandpa travel to his mother's old commune, where Homer embraces the hippie life. 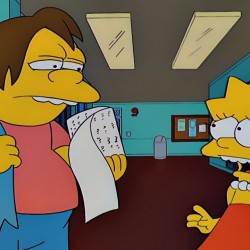 Stuck at home with a cold, Lisa gets addicted to a video game and neglects her homework. Her A+++ on a test wins the school a grant, but when she confesses that she cheated, Skinner covers it up. Meanwhile, Homer raises a lobster. 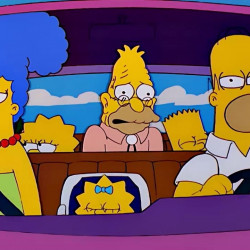 When Grandpa needs a new kidney, Homer agrees to donate one, but then chickens out. 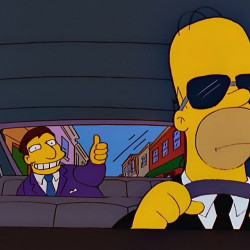 After a riot at a sci-fi convention, Mayor Quimby hires Homer as his bodyguard, and Homer witnesses the rampant corruption in town politics. When Homer takes a stand, he runs afoul of the Springfield mafia. 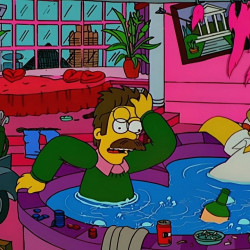 When clean-living Ned Flanders wants to experience a new side of life, Homer takes him to Las Vegas. After a drunken binge, they marry a pair of cocktail waitresses. 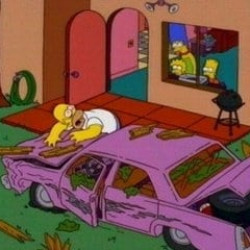 Scapegoated for the vandalism of drunken Isotopes fans, the children of Springfield wage war on the adults by broadcasting their secrets on the radio. 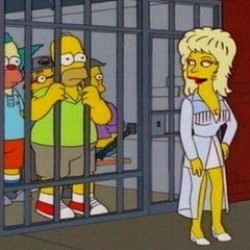 Homer and his friends charter a bus to the Super Bowl, only to find that their tickets are fake. Misadventures ensue. 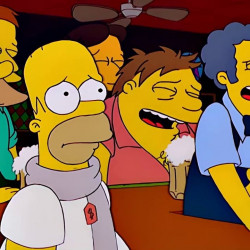 A new TV series features a suave and debonair character named Homer Simpson. Homer capitalizes on his new namesake, until the character is rewritten to be a bumbling fool. Trying to recapture the positive attention he enjoyed, Homer changes his name to "Max Power." 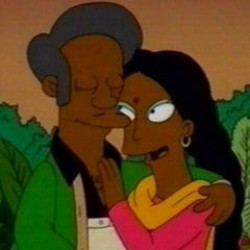 Apu is making the husbands of Springfield look bad with his extravagent Valentine's Day efforts for Manjula. When the men try to sabotage Apu's grand gesture, they accidentally wind up benefiting from it. 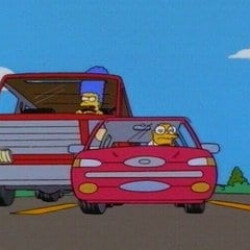 A new Canyonero SUV turns timid Marge into an aggressive driver, and her road rage lands her in traffic school. But when a stampede occurs at the zoo, the town looks to Marge to save the day. 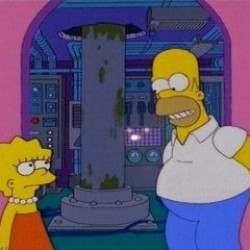 Indebted from a mishap at the Smithsonian, Homer lets a cell phone company put a transmitter in the house. Forced to share a room with Bart, Lisa resents Homer until a New Age experience gives her empathy. 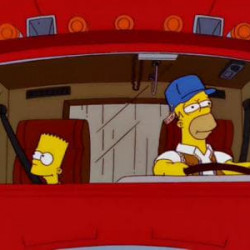 After beating Homer in a steak-eating competition, a trucker dies; Homer and Bart take over his rig to complete his shipment. 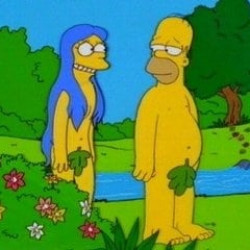 When Reverend Lovejoy subjects the congregation to an extended Bible reading, the Simpsons fall asleep and have dreams based on Bible stories. 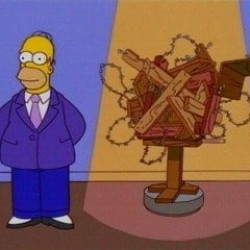 Homer's failed do-it-yourself project gets mistaken for "outsider art." Suddenly in the limelight, Homer must come up with new "works" to impress the art world. 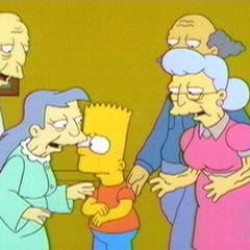 When Bart ruins Springfield's chance to host the Olympics, the kids are sentenced to community service work at the retirement home. To help the residents recapture their youth, Bart takes them on an ill-fated boat ride. 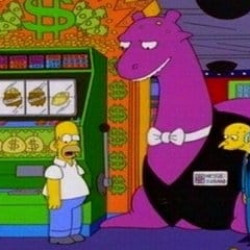 A new mogul wins the hearts of the townspeople with a shower of cash. Jealous, Mr. Burns asks Homer to help make him a beloved billionaire too, and they hatch a plan to bring the Loch Ness Monster to Springfield. 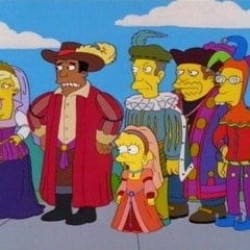 Mayor Quimby flees Springfield, leaving the town chapter of Mensa in charge. As the group's new power goes to their heads, they take their utopian plans too far and the townspeople revolt. 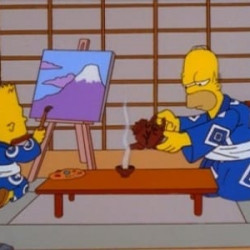 After their bank account is drained at a cyber-cafe, the Simpsons go on a disastrous low-budget trip to Japan, where they wind up as contestants on a humiliating game show.