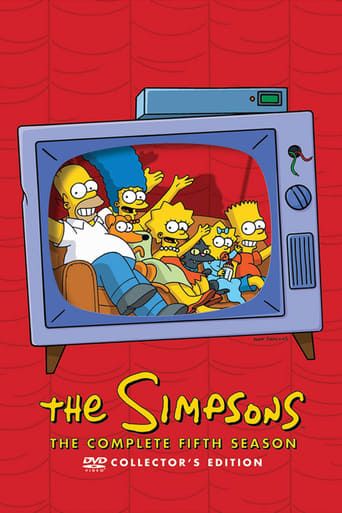 The Simpsons' fifth season originally aired on the Fox network between September 30, 1993 and May 19, 1994. The showrunner for the fifth production season was David Mirkin who executive produced 20 episodes. Al Jean and Mike Reiss executive produced the remaining two, which were both hold overs that were produced for the previous season. The season contains some of the series' most acclaimed episodes, including "Cape Feare" and "Rosebud". It also includes the 100th episode, "Sweet Seymour Skinner's Baadasssss Song". The season was nominated for two Primetime Emmy Awards and won an Annie Award for Best Animated Television Program as well as an Environmental Media Award and a Genesis Award. The DVD box set was released in Region 1 on December 21, 2004, Region 2 on March 21, 2005, and Region 4 on March 23, 2005. 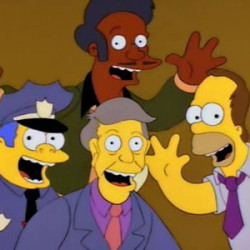 Through flashbacks, Homer recalls the dizzying rise and fall of his Beatles-esque barbershop quartet. The Be Sharps reunite for one last concert on the roof of Moe's Tavern. 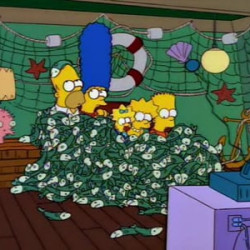 When Bart receives death threats from newly paroled Sideshow Bob, the family goes into the Witness Relocation Program and starts a new life on a houseboat on Terror Lake. 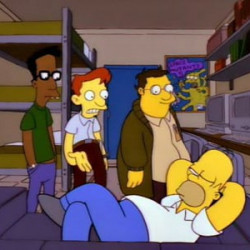 Burns discovers that Homer is grossly unqualified to be a nuclear safety inspector, so Homer enrolls at Springfield University to study nuclear physics. While there, Homer befriends three nerds and instigates a prank that gets them expelled. 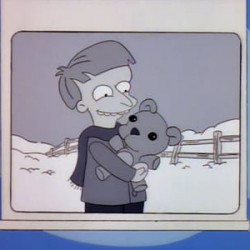 Mr. Burns pines away for Bobo, his beloved childhood teddy bear and symbol of lost innocence. When the bear turns up in Maggie's possession, the resulting tug of war affects the whole town. 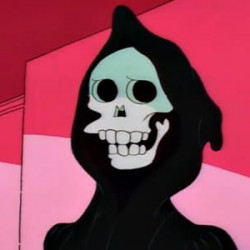 In "The Devil and Homer Simpson," Homer sells his soul for a doughnut. Next, in the Twilight Zone spoof "Terror at 5 1/2 Feet," everyone doubts Bart's sanity when he's the only one to see a gremlin sabotaging the school bus. In "Bart Simpson's Dracula," the family turns into vampires, and Lisa sends Homer to the Burns mansion in an attempt to kill the head vampire. 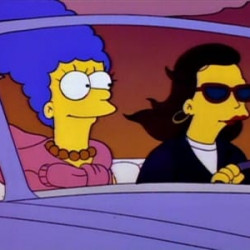 When Marge has a girls' night out with a new neighbor, they wind up roaring toward a cliff in a Thelma-and-Louise-style car chase. 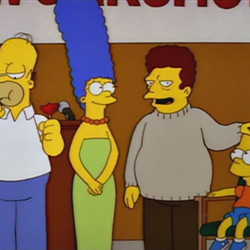 Bart heckles the guru at a self-help seminar, and the man presents him to the audience as a role model for their "inner child." But when the whole town tries to "be like Bart," things start to fall apart. 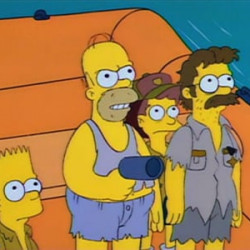 After a reckless Squishee bender with Milhouse, Bart wakes to the shocking realization that he joined the Junior Campers. Lured by pocketknives and knot-tying lessons, Bart assimilates into the group but then must face the father-son rafting trip. 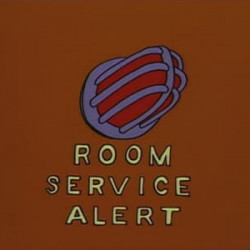 Homer struggles with his attraction to new coworker Mindy, a beautiful engineer whose love for doughnuts is equal to his own. 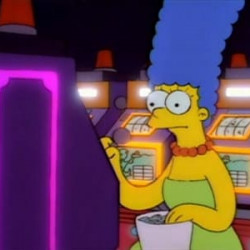 When gambling is legalized in Springfield, Mr. Burns opens an extravagant casino on the waterfront. Meanwhile, Bart opens a casino in his treehouse. Burns becomes a germ-phobic recluse and Homer must tear Marge away from the slot machines. 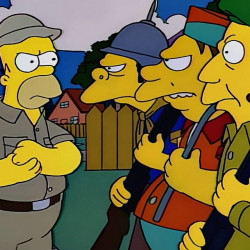 When a cat burglar prowls Springfield, Homer forms a citizens' watch group that winds up breaking more laws than they protect. When the cat burglar sets his sights on the world's biggest cubic zirconia, a clue comes from an unexpected source. 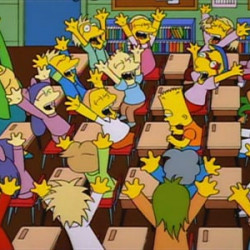 Working as Krusty the Clown's assistant, Bart accidentally steals the limelight by blurting an instant catchphrase: "I didn't do it." But when he tries to capitalize on his fifteen minutes of fame, the fans are fickle. 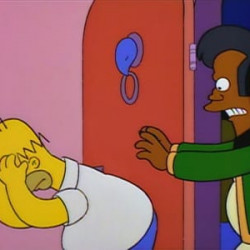 Fired for selling tainted meat to Homer, Apu tries to make amends to the Simpsons, and Homer joins him in a pilgrimage to Kwik-E-Mart headquarters in India. 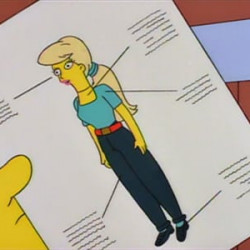 Lisa is shocked to find that her new Malibu Stacy doll reinforces negative stereotypes of women. With Smithers' help, Lisa tracks down the original creator of Malibu Stacy and convinces her to market a new doll that's a better role model for girls. 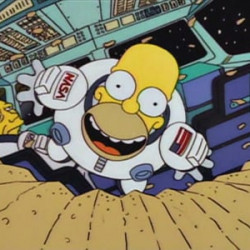 Dejected by a lack of recognition at work, Homer makes a crank call to NASA and winds up being chosen to ride into space with astronauts. 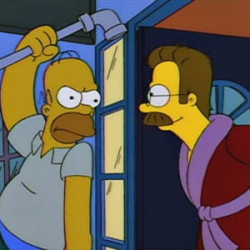 Homer and Flanders bond over a football game. As the two friends become inseparable, Flanders struggles with a growing dislike of Homer that finally blows up in front of the entire church congregation. 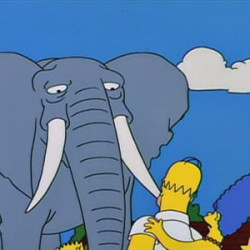 Bart wins a wacky radio contest and forgoes the cash to claim the gag prize instead: an elephant. 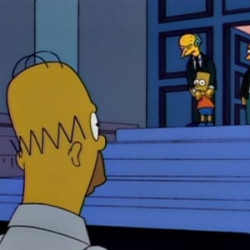 The childless Mr. Burns selects Bart as his heir and begins grooming him for his new role. As a test of loyalty, Mr. Burns orders Bart to fire Homer. 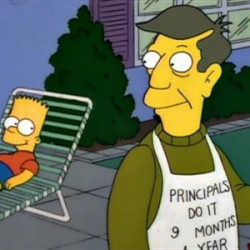 When Bart gets Principal Skinner fired, Ned Flanders is brought in to act as principal. Skinner befriends his former nemesis and the pair look for a way to get Skinner reinstated. 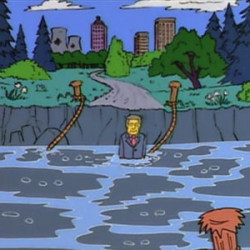 Playing hooky, Bart sneaks onto the Quimby Compound and is the only witness when Mayor Quimby's ne'er-do-well nephew Freddy allegedly assaults a snooty French butler. But if he comes forward, he will be punished for truancy. 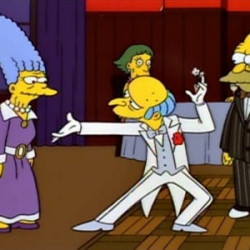 Mr. Burns and Grandpa Simpson compete for the affections of Marge's mother. The more dashing suitor prevails, but in a scene straight out of The Graduate, Grandpa crashes the wedding just before Mrs. Bouvier becomes Mrs. Burns.

Homer teaches an adult education class on successful marriage, but his students show little interest until he starts telling them juicy details of his marriage to Marge. Furious, Marge kicks Homer out.